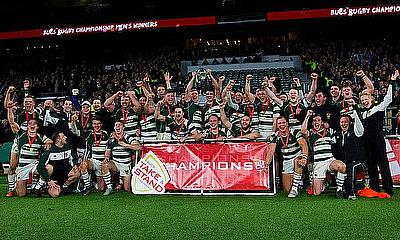 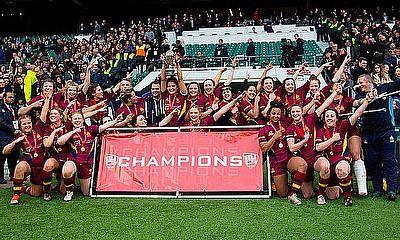 The BUCS Rugby season begins this week and it has a new look to it while Cardiff Met Women go for an unprecedented 11th title.

They went all season unbeaten last year winning 14 of their 15 matches and now Exeter University are aiming to land the BUCS title once again.

28 weeks ago, Keith Fleming’s side lifted the BUCS Championship trophy into the Twickenham night sky following a last-gasp victory over Loughborough and the Green and Whites start as one of the front-runners to once again claim success this term. It would be a superb achievement if they manage it, especially in this season of all seasons.

BUCS have introduced the new Super Rugby League where the top eight men’s teams across England and Wales will go head to head in this new structure ensuring huge games every week. This means that we could see some captivating storylines on a more regular basis as the pressure to perform at top gear in each game is cranked up.

“Every week is going to be a battle,” insisted Northumbria’s head of rugby Darren Fearn. It’ll be real hard graft, but we’ve had experience of playing against the northern teams in the past.

“We’ve got no excuses not to excel in rugby union, this is a long process but we’ve got to be progressive and what an opportunity to do it.”

Chris Davey, director of rugby at Cardiff Met added: “Setting this new league up provides us with an opportunity for us to test ourselves against the likes of Loughborough, Durham, Leeds Beckett and Northumbria on a regular basis.

“It’s going to be a very, very challenging league and we’re looking forward. Within our own side we’d like to think we’ve got a good forward platform this year.”

Cardiff Met were one of the sides to reach the play-offs last season from Premier South A along with Bath, Hartpury College and eventual winners Exeter while Loughborough were joined by Leeds Beckett, Newcastle and Durham from the north.

So what about the finalists of last year – Exeter and Loughborough? Both sides were immensely strong in the 2015/16 campaign. Loughborough’s only defeat of the term came in the final and in my view, the reality is that Ciaran Beattie and Dave Morris’ side will have an eye on reaching Twickenham once again this term.

Exeter, who have actually lost just three times over the last two seasons, will be hoping to repeat their success which they achieved in March. They do have a few of last year’s winners in their squad for this season, but the new blood in the side will be eager to settle quickly and make an impact for the champions. No side in the last five years has ever managed to retain the BUCS title at the first time of asking and that is that is the task that faces Keith Fleming’s side.

Fleming said: “Last year the club had a very successful season. I was delighted for everyone, we had the chance to play at Twickenham so it’s really special.

“I’d like to think all of the boys are ones to watch, they’ve been working really hard, they’re putting their best foot forward and there are plenty of them putting their hand up for selection.

“Who’s going to be the strongest? Everyone’s up there, we’re pretty much all on a par and everyone will have to put their strongest side out each week and that’s the exciting thing about it.”

Exeter travel to Loughborough on the opening day, but recent winners of the competition Leeds Beckett and Hartpury College will also have aspirations of Twickenham this season.

“It’s very exciting and it’s great for English rugby as a whole,” said new rugby programme manager at Leeds Beckett Kerry Wood. The former Harrogate player added: “The model of a competition where pretty much every game is like playing a quarter-final is something we’re really looking forward to.”

Hartpury College Backs Coach Sean Lynn added: I think it [the new Super Rugby Division] is great. It’s really good that our captain, Seb, can come up here and get a feel for Twickenham. That’s where the players want to be playing, in March/April time. Everyone wants to be the best university in England and Britain.”

The record books prove that winning this competition isn’t a formality. However, one of the triumphant sides since 2011 have been Durham who were crowned champions three years ago and they begin this season’s new format at home against Hartpury on Wednesday.

With a number of strong performances by the north-east side since their Twickenham title, perhaps they can roll back the years season?

They have the experienced figure at the helm in Alex Keay and former Scotland U20 international Buchan Richardson skippering the side. They also have a number of talented players across the board who are capable of clinching silverware this term.

A club is not forced to settle for patchiness in whatever sport and at whatever level. Bath are fully aware of this and are another side that have all the tools for success. It is possible for them to crack the code this year as they look to end their baron spell without a trophy.

The Best Of The Rest

With the new BUCS Super Rugby League now in place, how are the rest of the competitions structured? Firstly, below Super Rugby are four divisions; North A and North B as well as South A and South B. Teams such as Newcastle, Leeds, Bristol and Cardiff are in these divisions looking to work their way back up the BUCS ladder.

Underneath those top leagues are divisions which are split into regions across the country. There are 10 leagues in the north, eight in the Midlands, seven in the west, 13 in the south-east and five in Scotland. It is safe to say that at University level, rugby is the most popular sport.

Exeter’s Men may have won their title at Twickenham in March in dramatic style, but history was being made by Caridiff Met’s Women who won their 10th championship as they beat Northumbria at Rugby HQ.

The Welsh side will be looking for their fourth title in the last six years when they begin their Premier South A campaign against Exeter next week. They will also be up against rivals and 7s champions Gloucester along with Bristol, Cambridge and Oxford.

Last year’s finalists Northumbria will be hoping to go one step further this term but will be up against some strong competition in Premier North A. Teams such as Durham, Edinburgh, Newcastle, Loughborough and Leeds Beckett will all be battling it out for a place in the play-offs.

There are no changes in the structure in Women’s Rugby so below the fiercely competitive top divisions are 17 leagues split into regions across the UK.

Expect fireworks across the whole of the BUCS Rugby divisions this season.