We will come out fighting against Exeter - Mallinder 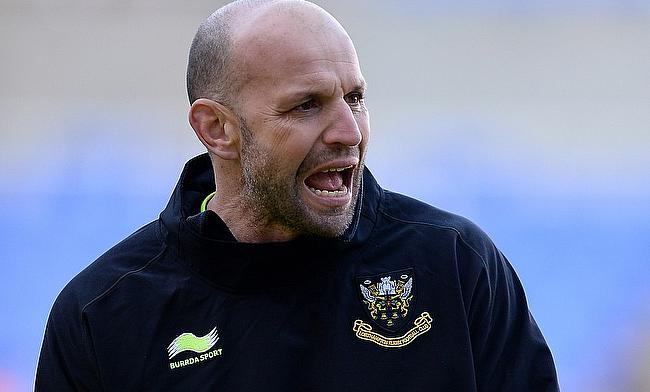 Northampton Saints coach Jim Mallinder has expressed confidence in his side to come out fighting against Exeter when they face the Devon based club at Franklin's Gardens during the 2016-17 English Premiership clash on next Friday.

The Northampton side is presently sitting low on the 10th position in the points tally after losing three out of four matches with their only win coming against newcomers Bristol Rugby.

After losing back-to-back round-robin games, Mallinder has vowed to put up an improved performance against visiting Exeter on Friday evening.

The Saints had managed to put up a courageous performance against Saracens, before a sin-bin proved too costly for Mallinder and his men. The clash against Wasps too was predominantly controlled by Saints before eventually succumbing to a 20-15 defeat.

Mallinder is positive a couple of wins will help them bounce back in the tournament and climb up a few places in the points table.

“You’ve got to dust yourself down and get back into it which we’ll do and we’ll come out fighting against Exeter.

“Exeter will be difficult this week but we should be match-hardened now.

“We’ve shown we can compete with two of the best but we just need to go that extra stage.

“Pressure’s always on to win games.

“We’ve had a bad start and one win out of four is now what you want, but we’re still a good side and we can still get back on track.

“It only needs a few wins on the bounce and then you very quickly move back up the table.”