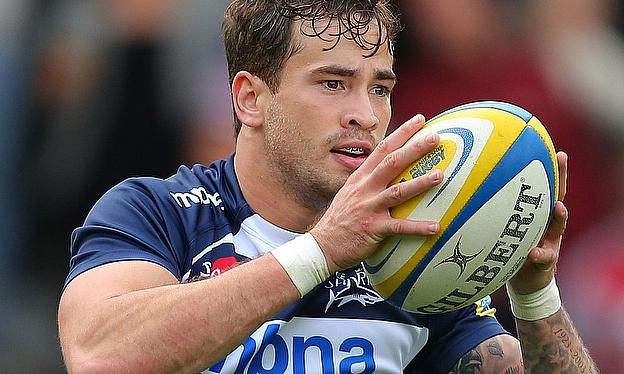 Danny Cipriani was in fine form in Sale's win
©PA

Danny Cipriani created one try and scored another as Sale wrecked Exeter's hopes of climbing to the top of the Aviva Premiership.

The visitors knew that a victory would take them to the summit, until Saturday at least, but Sale were not to be denied as they claimed an 18-11 triumph - their fourth successive league win.

Cipriani was the inspiration in the second half, putting Mark Cueto over for Sale's first try in the 51st minute and then scoring himself just before the hour mark.

It was a deserved success for Steve Diamond's men, who coped better with the wind and rain to overcome an Exeter side who had won their previous eight games.

Exeter lost forwards Damien Welch and Ben White to the sinbin during the opening quarter and their ill discipline saw them concede a number of penalties.

Sale made eight changes to their starting line-up, including reuniting Danny Cipriani and Chris Cusiter in the half-backs while Sam Tuitupou and Jonny Leota returned as the centre pairing.

Sale captain Dan Braid drove over the line from close range but no try was awarded after he was held up.

In the 15th minute, Exeter found themselves down to 13 men when White was sinbinned for not rolling away and a penalty from Cipriani finally put Sale ahead.

Sale continued to go through countless phases inside the visitors' half but, when Leota's high foot was punished, Exeter almost made his team pay.

In Exeter's first foray into Sale's half, a kick forward invited Jack Nowell to give chase inside the home team's 22-metre line.

It was a footrace between Mike Haley and Nowell, but the home team player showed impressive pace to dive and get a fingertip to the ball, thus denying the visitors a certain try.

Sale were then penalised at a scrum and Gareth Steenson, Exeter's prolific goalkicking fly-half, converted to level the scores at 3-3.

Shortly after the half hour, another penalty from Cipriani restored Sale's lead but the playmaker missed a penalty attempt on the stroke of half-time.

Yet the hosts continued to probe and in the 51st minute Cipriani cleverly sent Cueto over in the left corner following a driving maul.

The fly-half converted and eight minutes later, a fine move which involved Haley and Cueto led to Cipriani being played in down the left flank and he dived over the line.

Cipriani suffered a slight leg injury after being tackled in the act of scoring and he was swiftly replaced by Joe Ford, who could not convert the try before Waldrom drove over the line to secure a bonus point for the visitors.