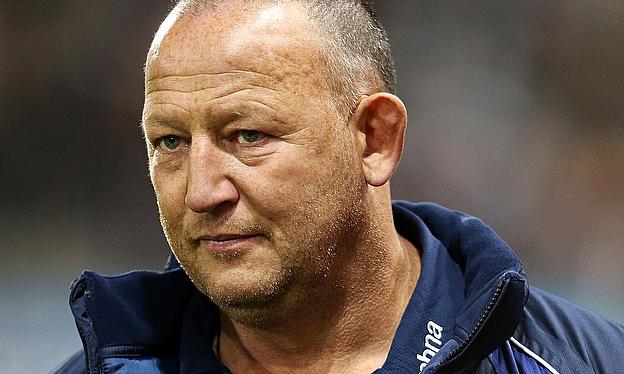 Steve Diamond was delighted with his hard-working Sale Sharks
©PA

Sale Sharks boss Steve Diamond was delighted with his side's defensive efforts at the Stoop as his side secured a rare victory over Harlequins.

Despite a malfunctioning lineout and struggling for territory and possession for large periods of the game, Diamond's troops held out for a hard-fought 16-12 win.

Sale were trailing 12-9 with 10 minutes remaining before Dan Braid's try settled the contest. The visitors' last victory in the Aviva Premiership over Harlequins was back in September 2010 while their last win at the Stoop was back in May 2008.

"It's a good away win," said Diamond. "The competition has got so tight that you rarely win away from home.

"It was a scrappy game. The lineout didn't function very well."

Diamond felt his team, led superbly by the tireless Braid, coped better with the difficult conditions and played smarter rugby in the second half.

"It was a wet night when you don't want the ball and you let the opposition have it," he added. "And that's what happened and we managed to defend really well.

"We got an opportunity and took it. Dan Braid scored a really good try and we're delighted. I think we defended for 65 per cent of the game or more and showed some real balls."

Meanwhile, Harlequins director of rugby Conor O'Shea was frustrated that his side could not convert all their possession and territory into points on the scoreboard.

"As a game it was always going to be given the conditions. It was a very frustrating night.

"We played the second half in the wrong parts of the pitch. Twice when we took the lead, we gave away soft turnovers and penalties off kick-offs by not clearing our lines. We're massively frustrated."

The Irishman credited Sale for their outstanding defence on a night where space on the pitch was at a premium, but was astounded that his team were not awarded a penalty in open play until the final minute of the game.

"The first penalty in open play, outside of the set-piece, in the whole match came to us in the 79th minute which is pretty spectacular," O'Shea stated. "But that's something you have to deal with on the night and you credit them for having massive discipline.

"Credit to Sale for their defence. It wasn't the most entertaining game we've ever seen. We held the ball for large periods of time. In the first half, we had over 60 per cent possession and 60 per cent territory but we didn't get the scoreboard ticking.

"They were incredibly well disciplined in the second half to not give us one penalty for anything outside of the set-piece."