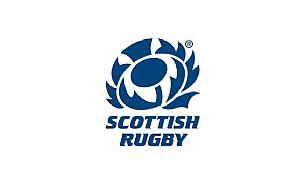 In a career spanning 12 years including 109 caps, 809 points and four World Cup tournament's, 33-year-old Chris Paterson hangs up his international boots knowing he is one of Scotland's most celebrated internationals. Paterson now holds two records, that being Scotland's highest point scorer and most capped player after surpassing both records on the 2008 tour to Argentina.

Paterson's debut came in the 1999 World Cup against Spain but it only took him a year to become a regular with the Scottish team during the inaugural Six Nations tournament in 2000. The Edinburgh full back was also the youngest Scot to earn 50 caps, against South Africa in 2004. Paterson's best two assets helped him keep his place in the team even when he wasn't on form. His first asset was precision goal kicking. His kicking was world renowned as he landed 36 consecutive shots at goal between August 2007 and June 2008 and his accuracy with the boot was celebrated by L'Equipe during the 2007 World Cup. His second great asset was that he was so versatile. Not only did he ply his trade at full back but at both wing positions and fly half as well. His hardwork saw him win numerous awards as he was named the Famous Grouse Player of the Year in 2004-2005 and the BBC named him the full back of the championship in the 2005 RBS Six Nations. Along with captaining his country on 12 occasions, he became only the fifth player to score more than 400 points in the history of the Five/Six Nations during last year's competition. At club level, Paterson began at Glasgow Caledonians but soon moved to Edinburgh in 2000 where he remained at the club for seven years and became an integral part of the team. His outstanding performances saw him move south of the border in 2007 to Gloucester however the move was ill fated and along with a lack of first team opportunities, he returned to the Borderers in 2008 where he has remained. The 33-year-old will play out the rest of his two year contract which runs out at the end of this season before deciding on if he wants a contract extension.

Paterson's international retirement not only means a new wave of talent at full back for Scotland but the loss of someone that can be relied upon when under pressure. I myself would compare Paterson to Jonny Wilkinson, just more understated. Paterson didn't get the limelight like Wilkinson did but that worked in his favour as he continued to do what he did best. Playing consistently good rugby. Every time he graced the field of play, players of both sides would stand up and take notice as to what might happen with Paterson on the field. The influence he had on a team was awe-inspiring as even when Scotland weren't playing well; Paterson would always deliver with try saving challenges. Two great examples of this are from this year's Six Nations where he gloriously stopped both Ben Foden and Luke McLean from scoring expected tries. Heroics like this are why Paterson is adored by the Scottish fans for his unwavering commitment to the team and his country as well as his flair and guile when on the pitch.

As an avid rugby fan, the retirement of Paterson saddens me. The man was a rugby player of my childhood and he was always great to watch as he lit up the field of play with a piece of magic from either his hands or his boots. In a way, I wish he was English; we could have done with someone like him especially during the years when Wilkinson was in and out of injury. Chris Paterson will not only be held in high esteem by Scottish fans for his bravery and exceptional work rate but also by rugby fans around the world.