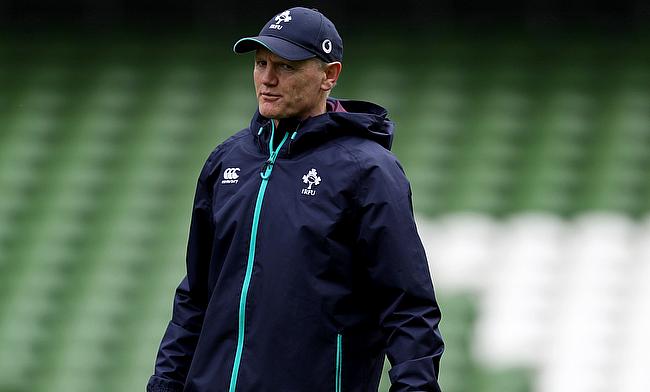 Ireland head coach Joe Schmidt has made 13 changes to his line-up for the upcoming encounter against Fiji to be played at Aviva Stadium on Saturday.

Munster centre Chris Farrell will make his first appearance for Ireland and will partner Stuart McCloskey to form a new look centre partnership. This will also just be the second Test appearance for McCloskey after playing his only Test in February 2016.

British and Irish Lions duo Conor Murray and Johnny Sexton have been rested for the clash as Kieran Marmion will team-up with Joey Carberry in the half-backs.

Andrew Porter will make his first international start at tighthead in the game which will see Leinster's Rhys Ruddock captaining the Irish side. Andrew Conway and Devin Toner are the only players retained from last weekend's record 38-3 win over South Africa.

Schmidt has challenged the much-changed Ireland side to build on the momentum from the emphatic victory they achieved over Springboks last weekend.

"We're just hoping that these guys try to follow up the benchmark set in the fine win over South Africa last week.

"It's a real challenge for them. There will be some really tough moments and it will be interesting to see how they work their way through it.

"We want to give them a really stern test now to see if that progression can continue under real stress.

"It's always a concern (making so many changes), but I can't fault the application of this group.

"If they can bring that into the game, start well and get early confidence, I'd hope they can acquit themselves really well."