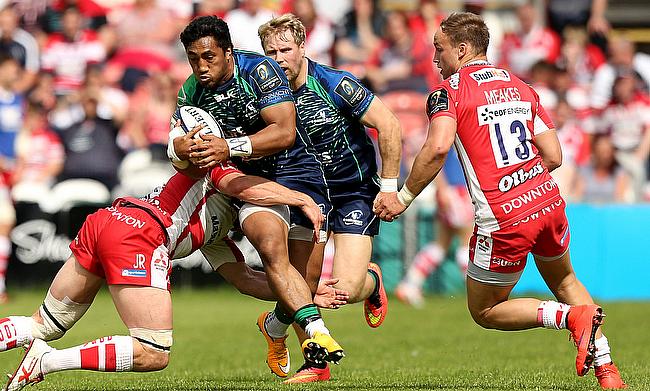 Auckland born Connacht centre Bundee Aki is all set to make his debut for Ireland after he was named in the starting line-up for the upcoming clash against South Africa at Aviva Stadium.

The 27-year-old, who made a switch from Super Rugby side Chiefs to the Galway based club in 2014, qualified to play for Ireland on residency grounds and is expected to add extra steel to the midfield.

Ulster wing Jacob Stockdale is poised to make his debut at home after featuring for Ireland during their summer tour and will be hoping to continue his impressive domestic form that saw him score five tries for his club this season.

Keith Earls has been ruled out late on due to a suspected hamstring problem, with Munster team-mate Andrew Conway stepping onto the wing and Darren Sweetnam is set to earn his first cap off the bench.

Ireland head coach Joe Schmidt expressed disappointment on the news on Earls, who might miss the remainder of the games in the autumn internationals as well.

"Keith picked up the injury on Tuesday, and it was a surprise to him and us," said Schmidt.

"It's a hamstring injury, and I think it's going to make it certainly a struggle for next week, and potentially the week after.

"So he will be a doubt for the series at this point.

"We're disappointed and so is he; he was sensational for us in Japan in the summer.

"Not only his on-field actions but the way he led the young players, that was another role he had fully embraced in this camp.

"He's the consummate professional, a class player, that rapid acceleration.

"But what a fantastic chance for Andrew Conway and Darren Sweetnam."