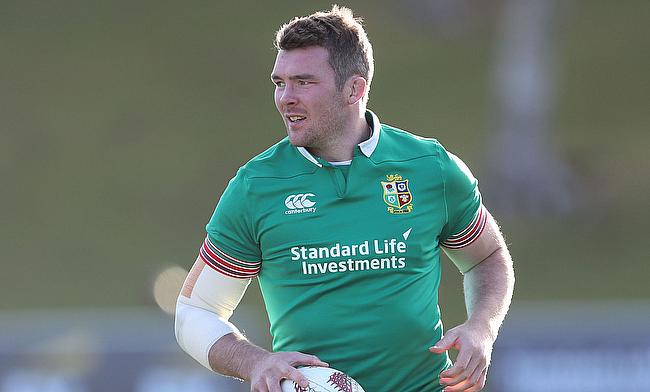 Peter O'Mahony is struggling with an ear injury
©PA

Ireland are likely to miss the services of flanker Peter O'Mahony for their upcoming autumn international encounter against Fiji to be played on Saturday in Dublin.

The Munster captain sustained an ear injury and will need stitches and is likely to sit out of the encounter along with injured duo Tommy O’Donnell and Dan Leavy, who have been replaced by Jordi Murphy and Sean Reidy in the squad.

Meanwhile, prop John Ryan was also released following a hamstring injury and will join Keith Earls in the rehabilitation process.

Fiji will head into Saturday's encounter following a 19-10 defeat against Italy last weekend that saw former Ireland Under 20 Ian McKinley making his debut for Conor O'Shea's side after qualifying on residency grounds. It was a historic moment for McKinley as he made a tremendous comeback after announcing retirement due to blindness in one eye seven years back.

McKinley’s former Leinster team-mate Rob Kearney lavished praise on the 27-year-old fly-half for showing a lot of resilience after a huge setback in his career.

"It was a very heart-rending story and a huge amount of people were touched by it," he told the Daily Mirror.

"To see him come on and kick a penalty was obviously massive for him but a huge amount of people had a soft spot for the story and it was really nice to see.

"And he is a really great guy, it was great to see the amount of resilience and commitment over the years and you can really only admire him for that."