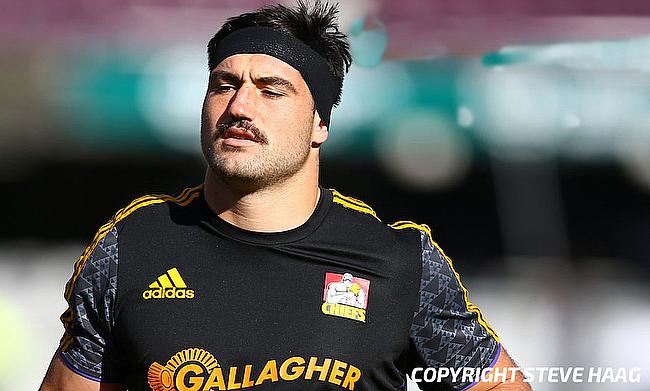 Luke Jacobson has recovered from a fractured hand
©Steve Haag

Chiefs have received a boost ahead of the Saturday's Super Rugby Aotearoa game against Hurricanes in Wellington with Luke Jacobson returning from injury.

The 23-year-old suffered a fractured hand during the second round game against Blues and has been sidelined since then. He will now replace Lachlan Boshier at blindside.

There are also other changes made by head coach Warren Gatland with Shaun Stevenson taking position at right wing while Sean Wainui moves to left. Mitchell Brown will form a new second row partnership with Naitoa Ah Kuoi, who returns to XV at the expense of Tupou Vaa'i.

Nepo Laulala is the only player to retain his place at front-row with Ollie Norris and Samisoni Taukei’aho joining him at loosehead and hooker positions respectively.

Chiefs had a dismal tournament as they have lost all their seven games and will be hoping to sign off the season with a win over Hurricanes, who have four wins from six matches.