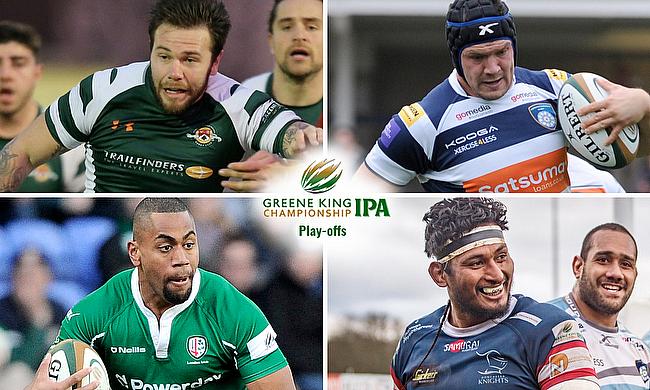 The Greene King IPA Championship play-offs kick off this weekend, but as we know, there are four teams in contention for play-off glory but only two vying for promotion.

It seems vindicating for the powers that be that only two teams now chase promotion. London Irish and Yorkshire Carnegie have been the runaway teams so far this season, Irish have held the top spot since the first day of the season and have been spurred on by the chase of Carnegie.

Ealing Trailfinders ruled themselves out of promotion from the start, not meeting the accreditation put forward by the RFU regarding stadium size and they have decided to continue plying their trade in the Championship rather than find an alternative.

The news is now that the Doncaster Knights are following the same route as the Trailfinders. Having lost in the final of the 2015/16 season, it looked as though the Knights were trying to go one better this time around, but this is now not the case and we are left with a two-horse race.

Whilst it looks set for a London Irish v Yorkshire Carnegie final, there is still the task of the semi-finals ahead.  Carnegie travel down to the capital to face the Trailfinders whilst Irish make the reverse trip up to Yorkshire to face the Knights.

The Trailfinders have been a revelation this year. Few would have believed they would finish the campaign in third place. It has been a complete turnaround from finishing one place above Birmingham Moseley last season in their first term back in the Championship.

Ealing’s improvement has not happened by chance. They have constructed an impressive squad throughout the campaign and now boast a side of over forty full time contracted players. This new look squad has enjoyed an exceptionally successful term, winning twelve of their twenty games and amassing a total of sixty points.

The Trailfinders boast a ruthless attack. The new-look team spearheaded by fly-half Aaron Penberthy have comprehensively beaten several top-class teams. A 72-29 victory over London Scottish in their final home game of the season rounded off an outstanding year for the London-based side.

Penberthy himself has been outstanding. The former Cornish Pirates and Jersey fly-half quickly transitioned into Ealing’s style of play and has contributed over 150 points to the cause.

Carnegie will have a serious job on their hands coming up against this Ealing outfit. They will not only have to contend with the electric pace of the backline, but also the physicality displayed by the forwards.

The Ealing pack have been instrumental in securing the clubs first play-off campaign, so much so that back-rower Mark Bright has been nominated for the Rugby Players’ Association’s Greene King IPA Championship Player of the Year, an awarded he previously won in the 2012/13 season.

Ealing could prove to be the surprise package of the play-off. They go into Friday night’s fixture on the back of a 33-20 defeat to Yorkshire Carnegie but prior to that, they were on a six-game winning streak in the league.

Whilst they might have been overlooked at the beginning of the season, it would be dangerous to count them out. They have already ruled themselves out of promotion but it wouldn’t be surprising to see them in progress to the final.

Yorkshire Carnegie have pushed the hardest in terms of keeping chase with this year’s run away leaders and despite a difficult end to the season, they are still well-fancied to provide the sternest test for the Exiles in the play-offs.

This Leeds side have had an unenviable run in to end the season and have also been victims of their own success in many respects. Impressive displayers from Carnegie players have been rewarded with Premiership contracts and Ryan Burrows, Lewis Boyce, Joe Ford and Sione Faletau will all depart for the promised land at the end of the season.

Despite a dip in form, Carnegie responded well to their 31-26 derby day defeat against Doncaster Knights, comprehensively seeing off Richmond and then Bedford Blues to ensure they go into the play-offs in second place.

It is the second consecutive year that Carnegie have made the play-offs; failing last year at the semi-final stage as they were brushed aside by Doncaster.

Whilst Carnegie possess some of the most lethal players in the league, they have struggled to emulate the form they started the season with. They will look to grind out the victory over two-legs against Ealing keeping the scoreboard ticking over via the boot of Ford but with players such as Tom Arscott and Jonah Holmes, a moment of magic could happen in a split second.

Carnegie’s Ryan Burrows is another player to watch out for. joining Bright as a nominee for the Rugby Players’ Association’s Greene King IPA Championship Player of the Year, Burrows will face off against Bright in what promises to be an all-out war between two of the best number 8’s in the league.

A victory over Ealing in their most recent game gives Carnegie a much-needed confidence boost going into the first-leg. It may be a very different looking side that steps out onto the pitch Friday night but the importance of this win could prove to be key. Carnegie went into their final three games on the back of a five-game losing streak with all their defeats coming at the hands of sides that finished in the top six.

An early score will be pivotal for Carnegie, but if they come out misfiring, an Ealing romp could follow.

Doncaster Knights fell short in last year’s play-off final against Bristol. Their 34-32 victory at Ashton Gate was not enough to overturn the deficit from the first leg where they lost 28-13.

After overcoming a slight falter in form in the run up to Christmas, the Knights have looked a force with many tipping them to be Irish’s sternest test in the play-offs.

It seemed in the run up to the play-offs like the Knights would be throwing caution to the wind and going all out for the play-offs, but this now looks to be a thought of the past. The Knights decided to not pursue the accreditation route and will continue plying their trade in the Championship come next season.

However, this will not halt the Knights pursuit of consecutive play-off finals. Despite having only scored a singular try against the Exiles in both of their league games, not many would be surprised by a home win on Sunday afternoon.

The Knights need to get the pack firing early on. The Exiles dominated scrum-time in the last outing as they denied the volatile Donny backline which, on its day, is one of the most dangerous in the league.

Doncaster will be hoping WillGriff John and Jack Ram are back amongst their ranks for the crucial clash as both forwards possess devastating strength mixed with a never say die attitude.

Last season, the Knights relied heavily on a devastating driving maul. Many teams had no answer to this tactic but this side isn’t the same of yesteryear. They are unpredictable and that is when they are at their best. Fly-half Simon Humberstone can create a chance out of anything and if the Exiles allow him to drop deep and have time on the ball, his place kicking will be the death of them.

London Irish are looking to achieve promotion back to the Premiership at the first time of asking as they aim to kick-start a new era at the Madejski Stadium.

The Exiles finished the regular season with a record of nineteen wins and one loss. Their quest for promotion has produced a relentless attack which coupled with a stonewall defence, has proven to be unmatched by rival teams.

This new-look London Irish is looking to rekindle past glories by implementing a new management structure led by Director of Rugby Nick Kennedy.

There have been no slip ups despite this transition. Irish achieved a perfect pre-season before kicking off their Championship campaign with a 19-0 victory over their play-off opposition, Doncaster Knights.

Following on from their flawless opening day result, the Exiles went on a 17-game unbeaten streak before eventually tasting defeat at the hands of Jersey Reds.

Cokanasiga was named in Eddie Jones England squad to tour Argentina this summer, which highlights a clear gap in class between the Exiles and the rest of the league.

As emphasised by their phenomenal playing record, Irish have been a league above many of the sides in the Championship all season, but they have been pushed on several occasions having to escape with last-minute winners. Chinks in their armour were notable in hard fought clashes with Richmond and Bedford earlier on in the season before their invincibility was eventually diminished by Jersey, who bested them home and away in the league and cup respectively.

Despite this, the Exiles remain the favourites to return to the Premiership. Their defensive record will be the key to their success. They have shipped just 290 points all season and look incapable of fault,  but this is the final instalment of the play-off competition and anything could happen.