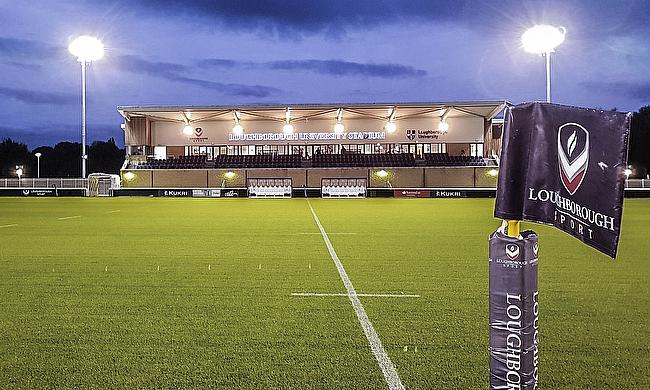 BUCS Super Rugby and Champions Trophy winners Hartpury College suffered an opening day defeat as they were beaten by Loughborough in the Midlands.

College, who claimed the double last season, were well beaten at Epinal Way as Loughborough kicked off their BUCS Super Rugby campaign with an excellent victory.

Last year’s runners-up, Exeter, are currently the league leaders at this embryonic stage of the campaign as they made two wins from two in an enthralling game against Northumbria while Durham and Cardiff Met also secured victories.

Meanwhile in the leagues below BUCS Super Rugby, there were standout wins for both Cardiff and Swansea, resounding triumphs for Exeter 3rds and Cardiff Met 2nds and it was the perfect start for Edinburgh Women’s 1st XV.

Exeter made it two wins out of two as they edged out Northumbria in a pulsating encounter in BUCS Super Rugby.

Sal M’boge, Kieran Kelly and Simon Linsall tries put Exeter ahead at the break, but Northumbria were only six points behind last year’s finalists.

The game continued to ebb and flow after the restart with Exeter doing enough to keep Northumbria at arm’s length.

Kelly, Linsall and Dom Thorne crossed as Keith Fleming’s side led 46-38, but yet another Northumbria score made it a one-point game heading into the closing stages.

Ted Landray had continued to keep the scoreboard ticking over for the Green and Whites and he was on hand to convert Sam Laity’s debut try, which proved to be the decisive score.

However, the northeast outfit set-up a tense finale with their eighth try of the afternoon, but Exeter held on to go to the top of BUCS Super Rugby.

Durham emerged with a bonus-point as they scored four tries in a convincing BUCS Super Rugby win over Bath.

It was a tight and tense affair with no scores coming in the first period, but after the interval, Durham took control.

A Justin Clegg try saw the hosts score the opening points of the afternoon and further scores by Charlie Norman, Joe Duffy and Brodie Wilson made it comfortable victory for Durham.

Fly-half Catterick kicked 11 points as the northeast side eased to an opening win.

Hartpury College started their defence of the BUCS Super Rugby title with a defeat as Loughborough toppled the champions at Epinal Way.

Sam Leeming’s early penalty opened the scoring for Hartpury, but a penalty try plus a score from Ollie Adams gave Loughborough the lead at the break.

The hosts then took the game away from Hartpury after the restart as a brace from Jack Moates gave them a 29-3 advantage.

Loughborough extended that lead before the hour mark as Oskar Hirsky-Douglas dotted down.

Hartpury then improved in the final quarter and were rewarded with a penalty try and a score from Danny Openshaw, but it was merely a consolation for College.

Cardiff Met powered to a win over newly promoted Nottingham Trent to secure their first victory of the season.

After falling behind to a Seb Cecil try, two scores as well as 13 points from the boot of George Simpson gave Cardiff Met a 23-5 lead at the break.

The home side added another converted score, but Trent fought back to dot down on two more occasions, but their reply was not enough.

In North A, last year’s runners-up Durham 2nds got off to a winning start as they comfortably beat newcomers Edinburgh 44-7 while it was a much closer affair in Loughborough as their 2nd XV edged out Birmingham 30-20.

Elsewhere, Newcastle got off to a flying start as they beat a weakened Leeds University side 54-8. Leeds were also involved in their Varsity match on Wednesday night, but couldn’t repeat their feat of last year as they were beaten 29-8 by Leeds Beckett. The other result in North A saw Nottingham begin with a 29-6 win over Bishop Burton.

There was double joy for two Welsh clubs in the South A division as Swansea and Cardiff secured victories. Swansea beat UWE 34-15 while Cardiff edged out Exeter 2nds 17-15. However, there wasn’t be a trio of triumphs from the principality as USW were beaten 40-31 by Hartpury 2nds. The other result in the division saw last year’s South A champions Bristol get off to a winning start as they clinched a 33-25 victory over Bath 2nds.

In North B, there were only two fixtures as the 2016/17 silver medallists, Strathclyde, suffered an opening week defeat as they lost 26-13 against Glasgow while Loughborough 3rds are the early front runners following a 32-20 win away at St Andrews. In South B, Exeter 3rds romped to a 77-0 victory over Portsmouth while Cardiff 2nds smashed Southampton 70-3.

Sheffield began their Northern 1A campaign with a victory over Liverpool. Last year’s runners-up beat the Merseyside outfit 29-3 while their city rivals suffered a defeat as Sheffield Hallam were beaten 10-6 by Durham 4ths. The only other result in the division saw Newcastle 2nds clinch a 37-17 victory over Hull.

In Midlands 1A, Leicester picked up from where they left off last year and began life in this division with a comfortable 50-8 win over Coventry and there was also a positive result for Birmingham 2nds as they came away from Worcester with a 27-17 victory.

And finally, there was only one fixture played in top Women’s divisions this week as BUCS Trophy winners and Premier North champions Edinburgh began their season in style as they thrashed Loughborough 88-5 in the Midlands.