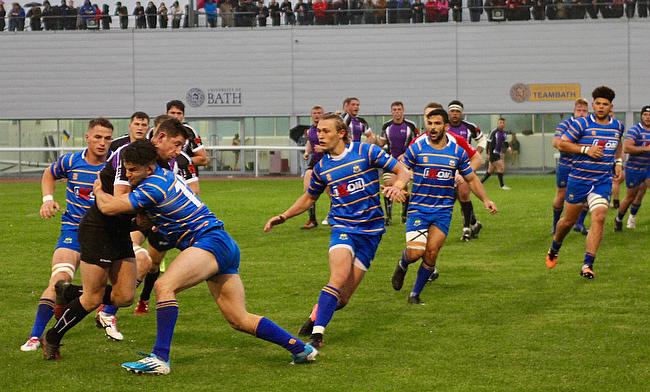 The new BUCS Super Rugby season kicked off this week and it was the perfect start for Leeds Beckett, Northumbria and Exeter who clinched opening triumphs.

This was the visitors’ first win in 15 attempts since the formation of BUCS Super Rugby and it was the perfect start to the new season for the 2015 finalists.

Connor Lloyd and Collier went over for the away side's tries with George Frampton and Luca Petrozzi dotting down for Bath, but the hosts trailed 14-12 at the break.

The second half offered all the excitement BUCS Super Rugby delivered last season, as the game ebbed and flowed.

Bath went ahead through a Jack Davies try, but Leeds responded with a Lloyd penalty and a score from Sam Allan as they took a five point lead.

The home side, who reached the semi-finals last year, hit back yet again and thought they had won it when captain Will Britton went over for a converted score, but Collier's last-gasp penalty snatched the win for Beckett.

Northumbria got the BUCS Super Rugby season off to a flying start as they thrashed Cardiff Met at Kingston Park.

The hosts were rampant in the first half as James Christie, Will Muir and George Wakcokecoke all crossed to give them a 38-0 half-time lead.

Josh Bragman and Aeden Maloney extended Northumbria’s lead after the interval, but Cardiff Met finally got on the board when Max Llewellyn sprinted over.

A final flurry saw Cardiff Met secure a try bonus point, but Jake Rodgers went over for the home side to wrap up a comfortable win.

It was a satisfying way to start the new campaign for Northumbria after securing only four wins in the inaugural BUCS Super Rugby season last term and as for Cardiff Met, they will be aiming to bounce back against Nottingham Trent next week and show that they are a side that can break into the top four.

Two penalties and a conversion from Landray, who was the top points scorer in BUCS Super Rugby last term, as well as scores from Simon Linsall and Mike Haines put the visitors 18-0 up at the break.

But on their BUCS Super Rugby debut, Trent hit back in the second period as David Williams darted over for their first try of the evening before the winger glided over again to put the hosts to within four points of last year’s finalists.

However, Exeter began putting pressure on their hosts and eventually their endeavour was rewarded as Haines crossed for his second score to seal the win for Keith Fleming’s side.

Newcomers Trent showed real fight against Exeter in the second period, which was encouraging for the crowd at Lady Bay, while the Green and Whites will be satisfied to get their season underway with a victory as they aim for their third Twickenham final in as many years.