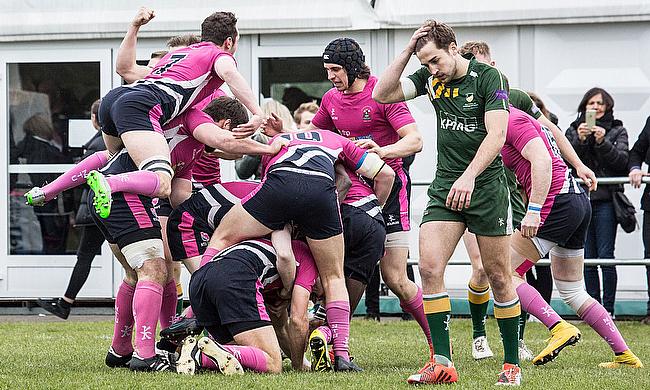 Nottingham Trent were looking up at the university elite but now they are ready for their top flight bow.

Nottingham Trent Rugby Programme Manager Chris Campbell has said that BUCS Super Rugby will be a tough challenge for his team. You could easily say that for all the sides competing this season but in truth, it won’t change the point: Nottingham Trent are in for a battle this term.

But the Midlands team will the first to stand up and argue against that statement. Trent probably weren’t expected to challenge for a place in BUCS Super Rugby last campaign, yet they took a huge step from finishing third in old Premier B to a deserved promotion via the play-off. Trent captain Josh Hargreaves highlighted their expansive style of play as a reason for their success and it is probably a key factor in why Trent can approach their first ever campaign in BUCS Super Rugby with excitement.

What helps Trent is the fact that they have already had a flavour of what is to come. A strong showing against Cardiff Met in the last 16 of the BUCS Championship last year was positive, but their dominating performance against Bristol high pressured play-off back in April emphasised just how dangerous they can be.

What is more, is how they won the North A title in the first place. From 14 matches, they triumphed on 10 occasions finishing 14 points clear of Durham 2nds with a points difference of plus 214.  Bristol had a better record than Trent heading into the first leg, but the South A champions were completely outplayed by their northern counterparts.

The opening encounter between the two sides could barely have gone better for Trent as they won 57-0, before racking up another 65 points in the return leg a week later. Their link with Championship outfit Nottingham also provides an extra string to their bow to a side that excelled last term.

But five months after the jubilation of promotion, their first appearance in BUCS Super Rugby campaign is now upon us. They begin their campaign under the lights at Holme Road against last year’s BUCS Super Rugby and BUCS Championship runners-up Exeter, but they are unlikely to be fazed by the occasion.

They must know that, on the evidence of the inaugural BUCS Super Rugby season, any side can beat anyone on any given day and Trent will belief that their vibrant, pressure free and attacking style of rugby coupled together with a well-drilled defensive unit, can allow them to enjoy and compete at university sport’s top level.