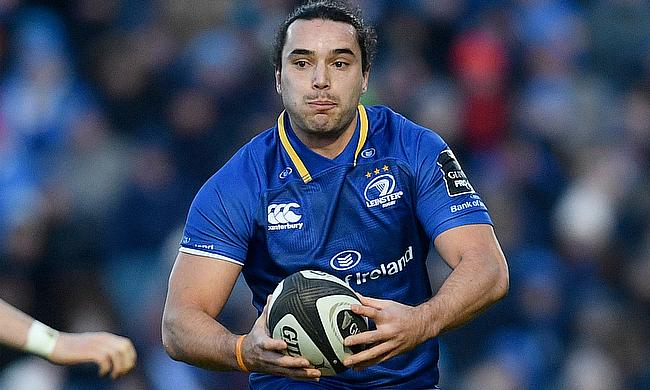 James Lowe has been a standout performer for Leinster
©PA

As European rugby's elite club competition returns this weekend, TRU's Joe Harvey runs the rule over some of the standout fixtures from the opening round of this year's Heineken Champions Cup.

After an eight-point victory over Munster at the Aviva last Saturday, Leinster will be coming into this game in good spirits. However, as will be the way with all of the Pro 14 clubs this weekend, there will be wholesale changes in the Leinster side.

With James Lowe stealing the headlines for Leinster in that win, it’s difficult to comprehend that the New Zealander could be lining up in a green jersey in the near future. Johnny Sexton, Jordan Larmour and Robbie Henshaw all start for the Irish side that takes on Dai Young’s men at the RDS in Dublin.

Wasps welcome back some of their big names too in the competitions first game of the season. Brad Shields resumed training with the squad this week and starts at six and Lima Sopoaga is fit to face the European Champions.

As much as Wasps were somewhat disappointing when they lost to Gloucester last weekend, the prospect of Sopoaga and Shields back in the side is a massive boost. However, Wasps are without back-row Nathan Hughes who has been cited for a punch on an opposition player.

Wasps last played Leinster in the Champions Cup quarter-finals in April 2017. This game will be remembered by many a Wasps fan for Willie le Roux dropping the ball over the line but, the South African has gone on to better things since then and he also returns to the starting line-up.

Wasps defeated Leinster in that aforementioned encounter and they have won the last two times when the clubs have met at the RDS. With these two teams playing so irregularly, it’s difficult to gauge how the game will pan out. Leinster play a level above when Sexton is in the side, with far more control over the game and with the fly-half being so regularly rested, he always has a good game.

With the forecast set for rain in Dublin, there is a chance that this could be a very forward dominated game so we are ready for the Champions Cup to get off to an explosive start.

Chiefs come into this game having dropped just the one point in the Premiership so far this season. Munster on the other hand, have had an indifferent start to this term having lost half of their Pro 14 fixtures thus far.

However, one thing that can be said for Munster is that they always change up a gear for European competition. The club will be buoyed after Conor Murray re-signed with the province until 2022 earlier this week, but they will be without the scrum-half due to injury.

Mike Haley is in line to start for the men in red along with Keith Earls and Joey Carberry. Munster were always likely to put out a strong team against an Exeter side who probably won’t be making too many changes for Saturday’s game.

Having already lost Sam Simmonds and Jonny Hill to long term injury, you can probably still expect to see most of Chiefs star players. Henry Slade has been in superb Premiership form, with many having him pencilled in to start for England in the Autumn internationals.

It’s unclear whether it will be Gareth Steenson who will be starting for Exeter or livewire Joe Simmonds, however, Rob Baxter is likely to favour the more experienced head of Steenson. Regardless to who will line up for Chiefs, they will play an important part in the team’s performance.

When in full flight, both sides are a joy to watch. Exeter are renowned for their driving maul and it will be interesting to see what Munster offer in response to that. Munster on the other hand are yet to get into top gear, so maybe this will be their game.

Two of the most consistent sides in their respective leagues face off against each other and we are guaranteed fireworks. Sarries come into this game with six wins out of six and have only dropped the one point.

Warriors, in comparison, have won five and lost just once. Their sole defeat came down in South Africa where the Scotsmen lost out to the Southern Kings, who registered only their second win in the Pro 14 since they joined the league.

Despite this one blip, Glasgow don’t seem to have been too phased by the loss of Finn Russell. The former Scotstoun favourite has been capably replaced by Adam Hastings. Facing up against the world-class Owen Farrell, Hastings could have a baptism of fire as his regions’ starting fly-half.

???“All of the pools are tough to get out of, but everyone is in the race, aren’t they?"@G_HMedia was at the @ChampionsCup launch in Dublin this week and he spoke to both @GlasgowWarriors and @EdinburghRugby ahead of the 2018/19 competition. pic.twitter.com/nbk9bhDsr9

The English champions come into this game with relatively few injuries and off the back of an emotional victory at Harlequins. In that game, Billy Vunipola carried 28 times in what was a monster performance from the number eight.

What is so frightening about Saracens is their incredible depth that they have in their squad, with quality players at their disposal. In addition to this, Glasgow don’t have an advantage with their plastic pitch, so both sides will be evenly matched.

This is probably THE game of this round of fixtures. Although Glasgow won’t have Stuart Hogg available due to injury, they will still pose Sarries a threat in attack. Mark McCall’s players have been performing so well all season too and you will probably expect much of the same on Sunday.