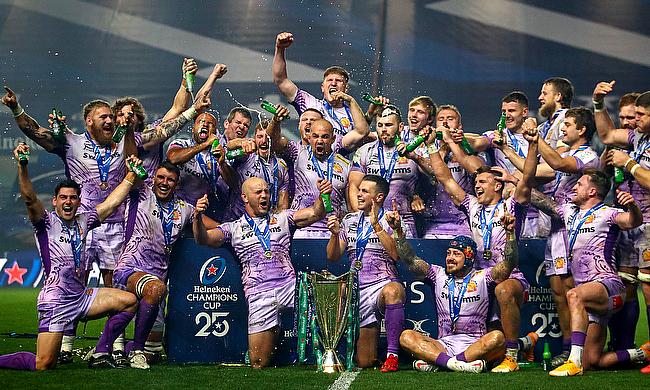 Heineken Champions Cup games involving Exeter and Glasgow have been called off following an outbreak of Covid-19 in the Chiefs camp.

Both the teams faced each other in the opening game of the tournament last weekend but a number of positive cases has been reported in the defending champions squad and hence their match against Toulouse to be played on Sunday is cancelled.

As Glasgow's players came in contact with the Exeter Chiefs squad during their previous game, they will be on a self-isolation which meant their game against Lyon was also forced to be cancelled.

EPCR in a statement read the results of the two games will be decided based on the Covid-19 results of all the four clubs.

"EPCR has been informed that a number of Exeter players and staff have tested positive for COVID-19, and that in accordance with public health guidelines, the club will not be able to send a matchday squad to fulfil its fixture against Toulouse. The Pool B match is therefore cancelled," a statement read.

"As Exeter played against Glasgow in round one of the tournament, Glasgow Warriors have advised EPCR that many of its senior players are now self-isolating in accordance with guidelines from Public Health Scotland and consequently the club is not in a position to field a matchday squad of the appropriate standard for its round two fixture against Lyon.

"The Pool B match between Glasgow Warriors and Lyon is therefore also cancelled.

Defending champions Exeter started the tournament with a 42-0 win over Glasgow while Lyon and Toulouse defeated Gloucester Rugby and Ulster respectively in the opening round.

"As per its COVID-19 protocol, EPCR will convene Match Result Resolution Committees to determine the results of the cancelled matches and the decisions of the committees will be communicated as soon as practicable."