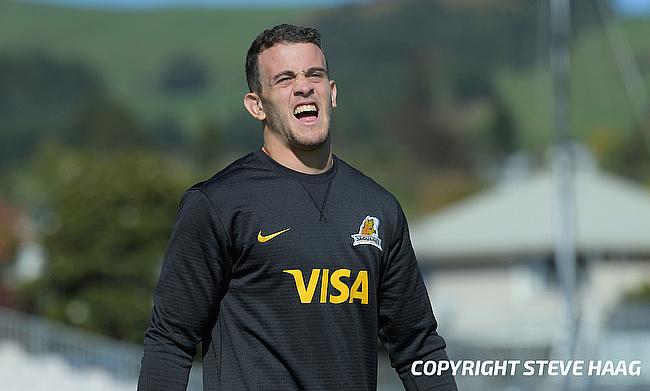 Emiliano Boffelli scored double as Jaguares went on to beat Bulls 24-39 in their Super Rugby clash at Loftus Versfeld on Saturday.

This is Jaguares' third win from five games as they occupy the third position in South African Conference while Bulls now have lost all their four games that sees them at the bottom of the table.

It took Jaguares just four minutes to get their first points on the board with Boffelli scoring the opening try but Bulls responded back strong with Marco van Staden touching down while Morne Steyn's conversion gave them a slender two point lead.

However, the Argentina side seized back the lead just before the end of the first quarter with Rodrigo Bruni going over the line in the 17th minute.

With seven minutes left in the first half, Warrick Gelant on his 50th Super Rugby appearance dotted down but his effort was cancelled with Guido Petti Pagadizaval responding back with a try of his own in the 37th minute.

Jaguares ensured they headed into the break with a 14-24 lead as Diaz Bonilla set up Matias Moroni over the line and Joaquin Diaz Bonilla slotted the extras.

Bulls reduced the deficit with an early second half try from Cornal Hendricks but their momentum suffered a setback with John-Ben Kotze sin-binned for a high tackle in the 48th minute and Jaguares responded back immediately with the numerical advantage as Boffelli found his second in the 50th minute and Diaz Bonilla kicked a conversion and a penalty to give the visitors a 14-24 lead by the end of the third quarter.

Bulls were given a lifeline as Jaguares lost Bonilla to yellow-card in the 64th minute for a tackle on Specman but the South African side missed out on the opportunity and instead the visitors managed to get their sixth try from Santiago Socino to complete a 15 point victory.