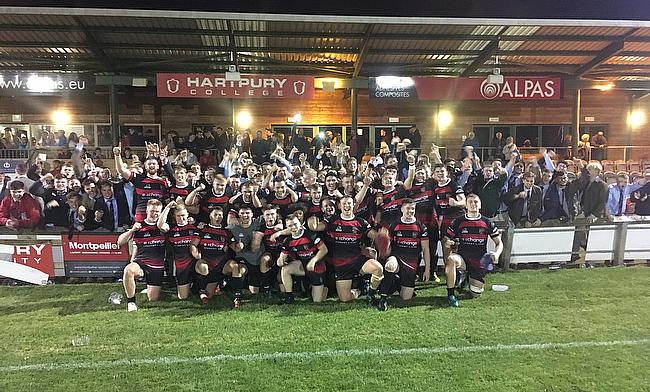 On Wednesday, the first major surprise of the Rugby World Cup occurred as Uruguay stunned Fiji and the shocks also filtered down to BUCS Super Rugby.

In truth, unpredictable results is something we have become accustomed to at the top table of university rugby and both Cardiff University and Swansea University grabbed the headlines on opening night.

Cardiff stunned current BUCS Super Rugby Championship holders Hartpury whilst Swansea, in their first ever game in the competition, defeated Loughborough University on their travels.

Elsewhere, the University of Exeter didn’t allow the University of Bath any early season bragging rights as the domestic champions began the new campaign with a solid victory whilst 2019 finalists Leeds Beckett thumped Northumbria.

Below is a full round-up from week one in BUCS Super Rugby.

Will Yarnell scored a hat-trick for the Green and Whites, but the hosts only clicked through the gears in the second period after Bath had led at the break.

An entertaining bonus point win for Exeter to start the #bucssuperrugby season, with strong performances from Mehson and Tarling with ball in hand. Bath take away a try-scoring bonus point from a high-scoring encounter.

Cal Barrett and Liam McStay crossed to give Aaron James’ side a 12-10 advantage, with Yarnell grabbing his first score of the afternoon.

However, Exeter ran riot in the second 40 as Yarnell completed his hat-trick while Jordan Bond and Harry Tarling wrapped up the win. Harry Bazalgette also pinged over three penalties for the home side.

Barrett and No.8 Ed Ashcroft crossed for Bath, who were able to secure a try-bonus point.

Swansea made a flying start to their maiden BUCS Super Rugby campaign following an excellent victory over Loughborough.

The Swans earnt promotion to the top tier of university rugby after beating Nottingham Trent University in last season’s play-offs and the Welsh outfit showed no signs of nerves on their debut.

The away side were never behind in the contest, but a length of the field score from winger Fergus Guiry at the beginning of the second-half did bring Loughborough back into the match.

However, that was as good as it got for the hosts as Swansea secured an eye-catching opening win.

Post match with today’s MOTM Gareth Stephens who scored a hat trick during our 65-0 win. pic.twitter.com/iEeMFXs7Vp

The centre scored three times, once in the first period and a quick-fire double after the break, as Beckett completely dominated their North-East opponents.

The hosts ran in 10 tries in all as Connor Lloyd, Charlie Venables (2), Max Coyle, Tom Collins, Kieran Davies and John Okafor also got in on the act.

Defending BUCS Super Rugby champions Hartpury suffered a defeat to Cardiff University as the Welsh side edged an excellent contest at Gillman’s Ground.

The visitors carried a 14-13 advantage into the break, with Eli Caven dotting down for Hartpury and Dan Cole landing two penalties.

Cole gave the hosts the lead with another kick from the tee, but Cardiff’s own penalty nudged them back in front.

Another penalty for the away side stretched their advantage and it proved to be enough for Cardiff to topple the three-time BUCS Super Rugby winners.