Launchbury's eyes on the prize 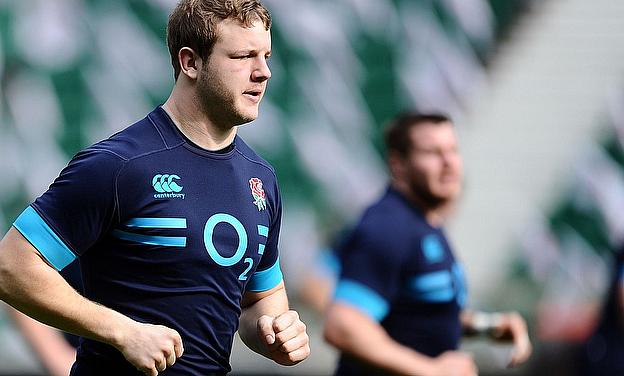 England lock Joe Launchbury ensures any attempt at unsettling him on the pitch is avenged by the only means available to him.

Graham Rowntree insists England are refusing to target anything other than victory over Italy in Rome on Saturday.

Stuart Lancaster's men remain in RBS 6 Nations title contention on the climatic day of the Championship, but Ireland are all but assured of glory if they beat France due to their vastly superior points difference.

Should the Irish win, England must have prevailed at the Stadio Olimpico by at least 50 points to have any chance of seizing Wales' crown.

Rowntree, however, believes setting out with the ambition of overwhelming Italy with a deluge of tries would be ill-advised.

"The Italian outfit are a bit like France. They're not small - they're big guys and a lot of them are playing in France," England's forwards coach said.

"Not many teams go over there and push them around and they've had moments in this Six Nations. They're big men.

"We'll have to play well on Saturday to beat them and that's all we're focusing on, beating them.

"A lot has been said about the scoreline, but we're going over there to beat them.

"There aren't many teams who have gone over there and smashed Italy. They just don't let you do that.

"In the last couple of games against them we've scored only one try in the two games.

"That tells you what they are like. I remember last year - they had a six-two bench, rolled fresh meat on and made it very hard for us. Very hard.

England would be playing for the Grand Slam on Saturday had they not allowed Gael Fickou to dance through their defence and seal a 26-24 victory for France in the closing moments of their Six Nations opener in Paris.

"You'd drive yourself mad thinking about things like that. You can't have regrets," Rowntree said.

"Now we look forward because we have enough on our hands this weekend."

Launchbury's athleticism, work rate and physical presence have been evident throughout the RBS 6 Nations and he will be at the heart of England's title assault against Italy in Rome on Saturday.

Sir Clive Woodward has anointed the Wasps lock as world class and even predicts he will go on to become the equal of World Cup-winning captain Martin Johnson.

Quiet and unassuming away from the Test arena, Launchbury possesses an edge in the heat of battle that forces him to seek redress for any verbal or physical provocation in a manner that suits England.

"If players annoy me I'll try and tackle them next time," he said.

"With all the cameras in the game now and the TMO, if you swing any arms or get carried away you're going to cost your team.

"As we saw against Wales, penalties can be kicked from anywhere in your half, which puts you three points down.

"If I'm angry about something I try and take it out in a positive way for the team rather than throw a punch which is going to do no-one any favours.

"I'm not the loudest guy in the camp but when I get out on the pitch I find my voice.

"Being a second row in international rugby you can't get pushed aside. You have got to be right at the front."

Launchbury has excelled in successive victories against Ireland and Wales, the quality of his performances emphasised by the fact they were delivered against Paul O'Connell and Alun-Wyn Jones.

O'Connell and Jones are recognised as among the two finest locks in the world, yet the 22-year-old outplayed them both.

"Playing against the Lions captain (Jones) on Sunday was a real privilege," he said.

"It was an honour to pit my wits against him and to come out just in front was huge.

"Alun-Wyn said briefly afterwards 'well played, you're having a really good season, keep it going'. That was great to hear.

"But I'd have to say playing against Paul O'Connell, somebody who has been at top of his game for 15 years and who I grew up watching, was great."

"Joe quietly goes about his business. He's very a aggressive player - see the impact of his tackle work, see his numbers," Rowntree said.

"He doesn't go round screaming at people. A lot of his work is quietly done under the radar, but ask the opposition if they feel Joe is on the field........"

For all his admiration of Launchbury, Rowntree is reluctant to support Woodward's view that he - or any of England's forwards - are worthy of the tag world class.

"I know they have not played to the best of their ability yet. I know what more is to come from this group," Rowntree said.

"I won't have them having that label (world class), not yet. They have all got areas to improve on before we can go near calling them that.

"I go back to the word consistency. We have not been close enough to the ceiling of the game they can get to.

"I am not playing anything down. We can see what they can be, but we need them to be up there every week."