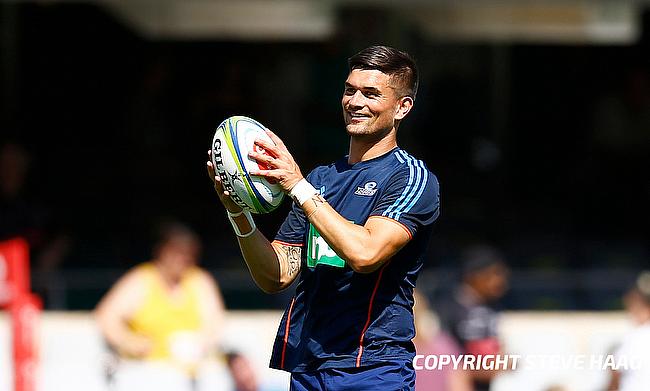 Auckland Blues managed to overcome stern resistance from Highlanders as they edged them 23-15 win in the final at Eden Park to win the Super Rugby Trans Tasman campaign.

The result also brought an end to a 18-year wait for the Blues as they last won a Super Rugby title in 2003.

While Blues managed to get tries from Mark Telea and Blake Gibson, the Highlanders got their points through five penalty kicks with Mitch Hunt kicking four out of it.

Highlanders looked attacking from the start and were rewarded with an early penalty opportunity that Hunt kicked in the sixth minute to start the proceedings.

The Blues responded back strongly as they kicked a penalty to the corner and they opted for a scrum following which Otere Black with a crossfield kick found Mark Telea as he went over for the opening try in the 17th minute. Black kicked the conversion to take the scoreline 7-3.

Highlanders suffered a setback when Ash Dixon was sin-binned in the 24th minute for a high tackle and Black with his maiden penalty in the game extended the home side's lead to seven points. As the break was approaching, Hunt and Black traded penalties as the teams went into the break with a 13-6 scoreline.

Blues came close scoring a try early in the second half but they were held before the line and Black also missed a kick in front of the post as the gap remained at seven points. Another opportunity went begging for Blues as they missed an opportunity in the 51st minute due to a knock-on.

Hunt with a penalty kick in the 61st minute reduced the gap down to four points and the visitors continued to make most of the infringements from Blues as Hunt and Josh Ioane kicked three-pointers apiece as Highlanders seized a 13-15 lead by the 67th minute.

As the final 10 minutes kicked-off, Black left the field for a Head Injury Assessment and his replacement Harry Plummer kicked a penalty goal straightaway taking Blues to a 16-15 lead. The game entered the closing stages with all three results possible and it was Hoskins Sotutu, who stole the ball at breakdown before offloading to Jonathan Ruru, who sent Gibson over the line and Plummer kicked the extras to complete a 23-15 victory and a fourth Super Rugby title for Blues.