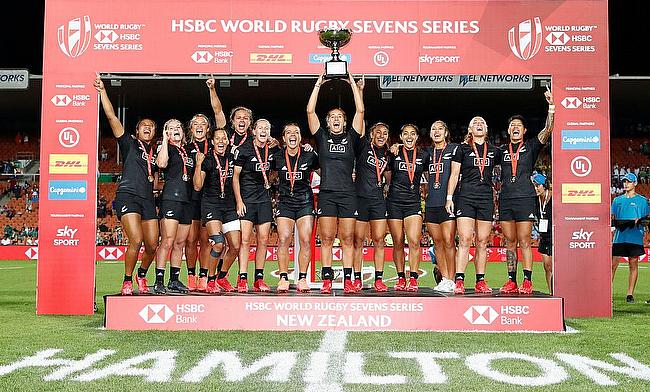 New Zealand scored three second half tries as they came from behind to beat their Canada counterpart with a 7-24 margin to clinch the Hamilton leg of the Women's World Rugby Sevens Series.

Canada started the proceedings early in the fifth minute with Brittany Benn crossing over despite high tackle from Ruby Tui, who was sin-binned. Just at the stroke of half-time Michaela Blyde's try helped New Zealand level the scores with both the teams heading into the break with a 7-7 scoreline.

Blyde ensured New Zealand were quick to get off the block with an early try in the second half while further touchdowns from Niall Williams and Stacey Fluhler ensured the Black Ferns completed a 17-point victory.

“This is massive. To everyone who has supported us over the last couple of days, thank you very much. We love all of our fans here in New Zealand,” said captain Sarah Hirini.

“It was the heart and grit that got us over the line, we’ve been training for this for so long to be playing in New Zealand. Canada are amazing but the way that the girls fought to get the ball back in – obviously we’ve got some speedsters to score us some tries as well.”

Meanwhile, France went on to win the bronze for the first time in 14 attempts as they defeated Australia 14-19.

Black Ferns now have won their third successive title in the ongoing season after emerging victorious in Dubai and Cape Town legs as well as they top the table with 76 points while Australia and Canada are at second and third place respectively with 64 and 62 points.