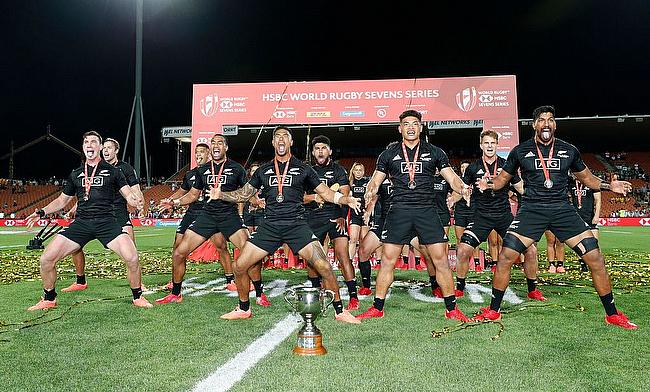 Scott Curry scored a hat-trick as New Zealand 7s went on to register a 5-27 win in the final against France to win the Hamilton leg of the Men's World Rugby Sevens Series.

This was also New Zealand's 10th time at home but first in Hamilton with the previous victories coming in Wellington. France started the game with a setback as Tavite Veredamu was sin-binned and Curry made full use of the advantage with the opening try in the second minute.

Ngarohi McGarvey-Black followed with the conversion but Fiji responded back with Veredamu returning strong from the sin bin to dot down before Regan Ware went over the line just before the break to give New Zealand a 5-12 lead at the end of the first half.

Ware extended New Zealand's lead with a try in the second half while Curry added two more tries to ensure a 22 point victory for New Zealand, who were also aided by Jonathan Laugel's yellow card.

“The French have that flair and they’re a team on the rise, they’re playing extremely well. We haven’t gone that well the last couple of years so we felt like we owed it to the crowd and to our families here to go well this tournament," said All Blacks Sevens co-captain Tim Mikkelson.

This is New Zealand's second title win in the ongoing World Rugby sevens Series after clinching Cape Town 7s as they occupy the top place with 63 points and are followed by South Africa and France with 48 points each.