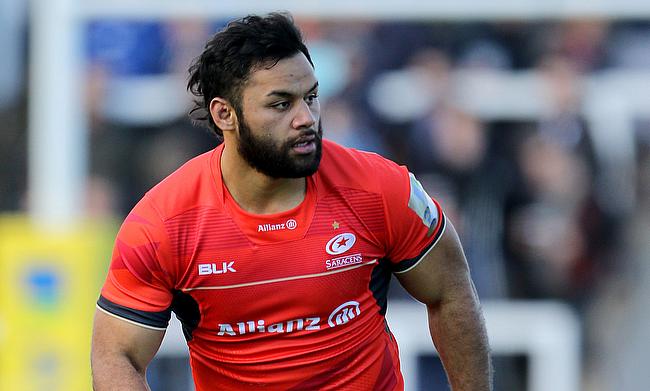 An injury to Billy Vunipola put the defending champions Saracens in trouble as they went on to draw the European Champions Cup encounter against Ospreys 15-15 at Liberty Stadium.

Both the teams failed to score a try but instead Owen Farrell and his opposite number Dan Biggar kicked five penalties apiece leading the game into a draw. As a result, Saracens are at third place with 13 points while Ospreys are at second with 15 points.

Saracens, though, now realistically need a bonus point victory over Pool Two opponents Northampton next weekend to have any chance of progressing as a best runner-up.

Saracens were forced into a late change when flanker Jackson Wray withdrew from the starting line-up. He was replaced by Calum Clark, with Schalk Burger taking Clark's place on the bench, while Ospreys centre Owen Watkin recovered from injury to partner Ashley Beck in midfield.

Given what was at stake, it came as no surprise how ferocious the early exchanges were, and Saracens wasted no time getting powerhouse runner Vunipola involved with ball in hand.

Vunipola twice ran aggressively into the heart of Ospreys' defence during an opening 10 minutes that Saracens dominated, with a Farrell penalty putting them ahead as their opponents struggled to establish any territorial foothold.

Saracens cleared the danger, but Wales star Webb's attacking instinct had surfaced and the double European champions knew they had to quell his threat.

Biggar opened Ospreys' account with a 30th-minute penalty following a Maro Itoje indiscretion, yet Saracens stormed upfield from the restart and Farrell completed his penalty hat-trick through a close-range strike.

But Biggar again cut the gap to three points when he landed a long-range penalty on the stroke of half-time, meaning that Saracens shaded an attritional first period 9-6.

Saracens boss Mark McCall made a double switch for the second-half, sending on Burger for Billy Vunipola, while lock George Kruis replaced Michael Rhodes, who suffered a hamstring injury, and Itoje moved into the back-row.

Biggar hauled Ospreys level with a 43rd-minute penalty, but Farrell then landed another three-pointer that edged Saracens back in front during a game high on physical collisions and defensive prowess, yet offering little in terms of clear-cut attacking opportunities.