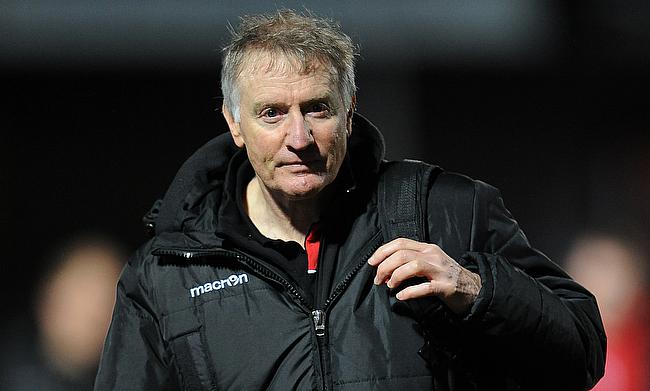 Worcester Warriors have confirmed the signing of fly-half Billy Searle from Gallagher Premiership rivals Wasps ahead of the 2020/21 season.

Searle started his professional rugby debut with Launceston in 2014 and switched to Plymouth Albion a year later. The 23-year-old made his Premiership debut in 2016 for Bristol before heading to Ricoh Arena ahead of the 2018/19 season.

His move to Worcester Warriors will see him rejoin Jonathan Thomas, who will be the club's new attack and backs coach. Overall, Searle has played in 20 Premiership games for Bristol and Wasps combined.

“I’m really happy to announce that I will be joining Worcester Warriors next season,” Searle told the official website of the club.

“The opportunity to develop my game under the guidance of Alan Solomons, Jonathan Thomas, Matt Sherratt and the rest of the coaching team is extremely exciting.

“The talent coming through at Worcester makes for exciting times and I hope I can help the club to challenge in all competitions.

“The atmosphere at Worcester has always been one of the best in the Premiership, so to play in front of them on a regular basis will be a huge honour".

Searle has also worked under Alan Solomons when he was a consultant for Bristol and the Worcester director of rugby is delighted with the news of the 5ft 10in fly-half joining the club next season.

“Billy is an outstanding young English fly-half. He has an excellent skill set, the ability to manage a game effectively and he kicks really well, both for goal and out of hand,” Solomons said.

“He is also a first-class bloke and a good team man. It is fantastic news for the club that he has decided to join us here at Sixways and I believe that he will play a huge role as we look to take the club forward.

“On a personal note, I am really looking forward to working with Billy again.”