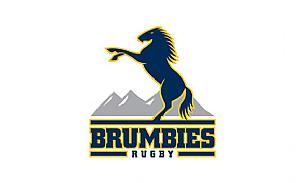 The Lions claimed only their second victory of the season, with a superb display against a lacklustre Brumbies side in Canberra.

The Lions thought they had scored after just four minutes but Michael Rhodes effort was ruled out by the referee. It was the Brumbies who struck first after a period of heavy pressure, hooker Stephen Moore burrowed over from close range, Matt Giteau added the conversion for a 7-0 lead.

The Lions were reduced to 14 men after 20 minutes when Patrick Cilliers was sin binned for a dangerous tackle, although replays showed that the referee made the wrong call. Giteau added the penalty for a 10- lead.

But despite their numerical disadvantage the Lions roared back into the game with 22 unanswered  points. Firstly Michael Rhodes crashed over after several tight phases sucked in the Brumbies defence, young fly-half Elton Jantjies added the conversion to make it 10-7.

The Lions turned down several shots at goal and kept putting the ball into the corner and looked to score tries, they got their reward five minutes before the interval. A period of sustained pressure and some slick handling saw winger  Deon van Rensburg go into the corner untouched for a well deserved try, Jantjies  couldn't add the extras but the Lions led 10-12 at the break.

The Lions dominance continued after the break and again found themselves crossing the try-line after 44 minutes. Jantjies took the ball flat and at pace stepped past a defender a flicked a superb offload to Alwyn Hollenbach who scored under the sticks. Jantjies added the extras and the score was 19-10.

Jantjies then kicked a superb penalty from the touchline to extend the Lions lead to 22-10. Giteau stopped the Lions scoring run with a simple penalty in the 54th minute. The Brumbies looked very demoralised and didn't seem to have a game plan, whereas the Lions were executing their plan perfectly and were causing the Brumbies all sorts of problems.

The Lions got the bonus point try in the 61st minute, a fantastic break by Jantjies carved up the Brumbies defence, the young star then sent a nonchalant no look pass to Jaco Taute who scored under the posts. Jantjies added another simple conversion and made it 29-13.

The Brumbies did rally late on and scored a brilliant try their own try line. Matt Giteau chipped over the defence and collected the ball before passing to Ita Vaea who was stopped just short of the line. The ball was recycled and winger and Andrew Smith scored in the corner, Giteau added a superb conversion to bring some respectability to the scoreboard.

The Lions saw out the final moments with ease and claimed a superb victory. They were hungrier and more committed and the Brumbies just couldn't live with it, and got exactly what they deserved from the game. The shining star of the game was Elton Jantjies who was fantastic and showed that he is learning quickly from coach Carlos Spencer, and is definitely one of the rising stars of South African rugby.