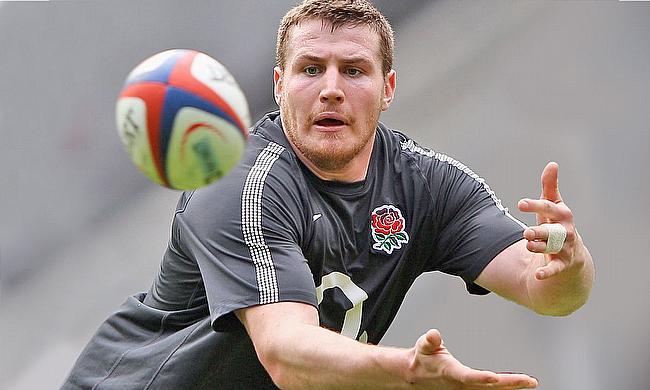 This is the first time Morgan has been included in the England squad since Eddie Jones took in charge as head coach with the 29-year-old last featuring for the red rose team during the 2015 World Cup clash against Australia.

The decision to include Morgan comes after Billy Vunipola and Sam Simmonds face a lengthy period on the sidelines following a fractured arm and a knee injury respectively while Nathan Hughes will miss the first three games of the series after he was sanctioned a six-week ban.

Gloucester's Danny Cipriani, who was named the Premiership Player of the Month in September has been left out by Jones while Hill is named as an apprentice player.

"I'm really happy with the squad," Jones said on Thursday. "We can only control what we can control and injuries have happened. It gives an opportunity for some good new players to play some important Tests for England while players who have been in the squad before, will have to take on more responsibility.

"We have taken a slightly different approach this year. With the World Cup in mind we are going to Portugal in the middle of next week until the Thursday of the Test week so will be back to train at Twickenham the day before we play South Africa.

"South Africa have been going really well. They have a new coach and have selected well. They play a traditional Springbok game up front and move the ball wide when they need to. We'll need to take them on up front and when we have opportunities to score points we have to be good enough to take them.

"We love Twickenham. The players feel the support and we can't wait to get out there and play in front of 82,000 against South Africa."