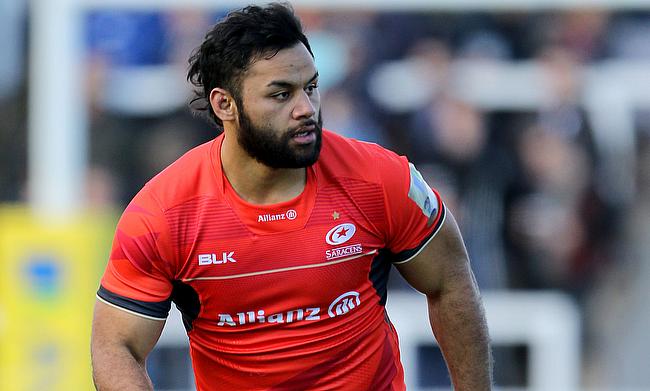 England have been dealt another major blow ahead of their autumn internationals with Saracens number eight Billy Vunipola ruled out of the campaign following a broken arm.

The 25-year-old sustained the injury during the recently concluded European Champions Cup game against Glasgow Warriors where he left the field in the 50th minute.

Vunipola recently returned to action after recovering from a fractured arm during England's tour of South Africa in June and his series of injury setbacks meant he has managed to feature in just four Tests in the last two years for the red rose team.

With Nathan Hughes facing a suspension and Sam Simmonds already set to miss the autumn internationals, Vunipola's absence has created a vacuum at number eight role for Eddie Jones.

Meanwhile, Mako Vunipola, who left the field at the end of the first quarter on Sunday's game has picked a side strain and is being assessed along with Nick Isiekwe, who had an ankle strain in the same game.

"Nick Isiekwe, Billy Vunipola and Mako Vunipola are set for a spell on the sidelines," Saracens confirmed in a statement.

"The trio were all forced off in Saracens' Heineken Champions Cup win over Glasgow Warriors on Sunday.

"Isiekwe suffered an ankle sprain and is waiting to be assessed by a consultant with regards to the full extent of the injury.

"Billy has fractured his left arm and will have surgery on Tuesday. He is expected to be out of action for around 12 weeks.

"Mako picked up a calf strain and his progress will be monitored."

England will be already without Joe Launchbury, Anthony Watson, Jonathan Joseph, Ellis Genge, Beno Obano, Dan Robson for their November series while Ben Te'o is also doubtful for the campaign.