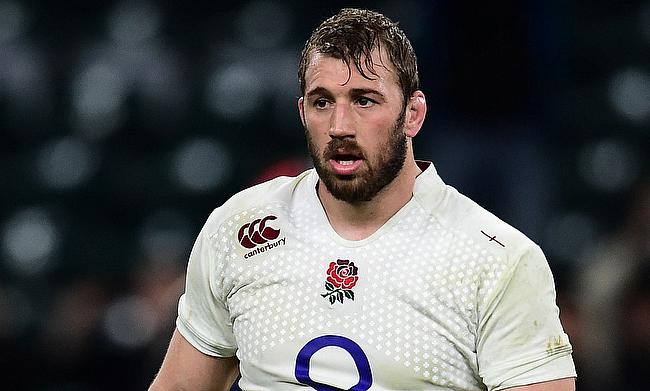 Former England captain Chris Robshaw is set to miss the upcoming autumn internationals following a surgery on his knee.

Robshaw, who has played 66 Tests for the red rose team suffered the injury while playing for his club Harlequins in the Gallagher Premiership encounter against Saracens.

Following a consultation with a specialist, he decided to go under the knife that will keep him on the sidelines for up to eight weeks.

Harlequins director of rugby Paul Gustard expressed disappointment on the news but is confident Robshaw will overcome the setback.

"We are hugely disappointed to lose Chris for a short period of time, while he recovers from this injury," said Gustard.

"Not least because he has been one of our standout performers across our first seven games this season and also because this period in the calendar provides the opportunity to represent England in the autumn Internationals and I am sure he would have featured strongly in Eddie Jones' plans for those matches.

"Knowing Chris' character and resilience, I am confident he will make the most of this opportunity and come back even better and stronger.

"He will still play an active role in leading our team, despite not being able to take the field."

Saracens prop Mako Vunipola and lock Nick Isiekwe are also in doubt with their respective injury concerns while Nathan Hughes is set to undergo a second disciplinary hearing this week.