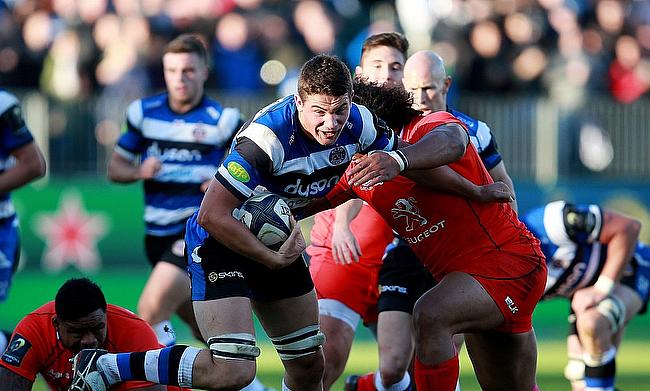 Charlie Ewels has been with Bath Rugby since 2014
©PA

Bath Rugby have confirmed England international Charlie Ewels as the new captain for the 2019/20 season.

Ewels made his debut with the Recreation Ground outfit in 2014 and has featured in 62 Premiership games and will take over from Matt Garvey, who was in charge of the club in the last two seasons.

“As captain, I run out of the tunnel first, but you’d be naïve to think one guy can lead a team on his own. We have an emerging group of leaders who all drive standards.

"A number of our guys have captained our team on a match day and know what it’s all about. You need strong leaders around you and guys who believe in the same things and understand what we’re trying to achieve.

"This is all starting to form for us now and I’m fortunate to have a great group of players around me that can help me play my best rugby too".

The Bath lock made his Test debut for England in November 2016 and has featured for the red rose team 12 times with his last appearance coming during the World Cup warm-up game against Italy in Newcastle. He also was part of the England Under 20 side that went on to win the World Rugby U20 Championship in 2014.

“I have known Charlie for his entire playing career and to see him progress to captain is incredibly humbling," said director of rugby Stuart Hooper.

"Having served in the role myself, I have a strong view of what it means and I believe Charlie is the type of person who will bring the very best out of this group.

"Being captain of a Premiership Club is never just about you, it’s always about the people around you. It’s about how you lead the group to a place you all believe in, influencing and organising, whilst continually growing and developing.”