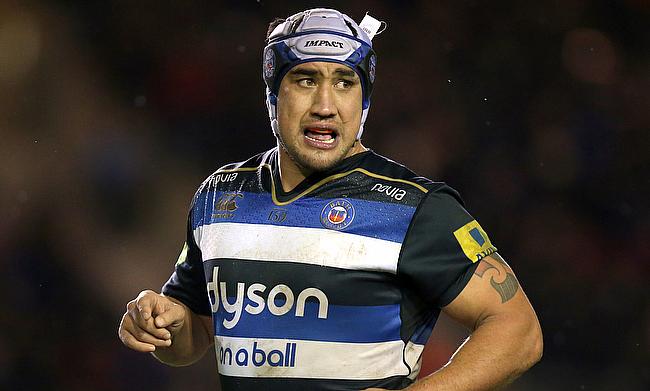 Bath scored four tries while fly-half George Ford added 14 points as the home team went on to claim a 37-22 bonus point victory over Worcester Warriors during their Aviva Premiership clash at Recreation Ground on Saturday.

Worcester Warriors had a great opportunity to break their jinx at the Recreation Ground where they last registered a victory in 2011 as Carl Hogg's men were leading 6-17 at half-time but Bath completely outplayed them in the second half to pull things back.

It was not an auspicious start for Bath as Ford missed an early penalty in the game allowing hooker Niall Annett to open the account for the Warriors with a try in the 18th minute while Tom Heathcote added the conversion.

10 minutes later, Ford finally managed to get Bath going with a penalty but Worcester Warriors stretched their lead to 14 points following Dean Hammond's try along with a conversion and a penalty by Heathcote. Ford kicked his second penalty in the game just before the half-time to reduce the gap to 11 points.

Six minutes into the second half, England international Anthony Watson with assistance from Leroy Houston scored the first try for Bath in the game and Ford's conversion brought the scoreline to 13-17.

Minutes later, centre Matt Banahan took Bath to lead for the first time in the game as he crossed over in the 53rd minute and the Recreation Ground based outfit went on the ascendancy as they added 12 more points in the next 10 minutes including a try by Semesa Rokoduguni.

Even though, Perry Humphreys gave Worcester Warriors hope with his 64th minute try and bringing the gap down to eight points, Houston ensured a bonus point victory for Bath with a try in 69th minute. The win has also taken Bath to the top of the Aviva Premiership table.