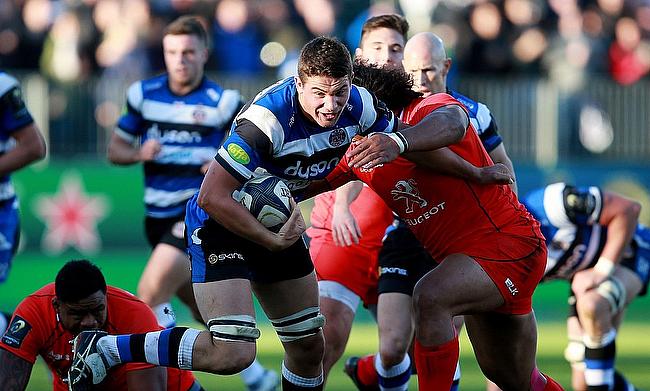 Charlie Ewels said the players are behind the club
©PA

All Premiership clubs have imposed salary reductions after the domestic season was hit hard by the outbreak of COVID-19 with all the competitions except the Premiership cancelled for the remainder of 2019/20 season.

However, reports in The Rugby Paper and Sunday Express said the players were not happy with the cut in wages and wanted to meet chief executive Tarquin McDonald and owner Bruce Craig to discuss the issue.

But, Ewels in a statement released by the club has denied the news completely.

“You might have seen the front page of The Rugby Paper today and if you did, given what we are all experiencing at this time, it would be fair if you felt a sense of disbelief or even disgrace at the headline which reads ‘Bath stars revolt over pay cuts’.

“As captain of our club, I can categorically say that these reports are not true, and as a playing group, we are not in revolt against our club. In fact, it’s quite the opposite, we wish to work with the club through this extremely challenging time so we can get back to where we all want to be, playing rugby at the Rec again.

“Everyone at Bath Rugby is committed to working through this together, and the players within the squad that I am fortunate enough to serve as captain are no different. We play rugby for a living and we understand that if we are not playing games, then there is no money coming in. It is a difficult time for everyone at the club, however, we are all on this journey together.

“We as players understand everything happening across the globe is having a huge impact, and that impact is reaching far beyond us. I can say that I 100% support the principle of the pay cuts, as do the majority of players at the club, believing they are what is right to guide the club through this tough period.

“Like players at all other clubs, we have been guided by the advice of our union the RPA (Rugby Players Association) during this hugely uncertain time. We are seeking answers to some specific questions regarding players on lower salaries and players coming to the end of their contracts.

“However, we are discussing these questions openly and transparently with Stuart and Tarquin and I know we will find the right answers in due course. We will do what is right for the future of our people, our Club and our game.

“I’d like to close by thanking you all for your continued support.”