Banahan: 'Moving to Gloucester is a reboot for me' 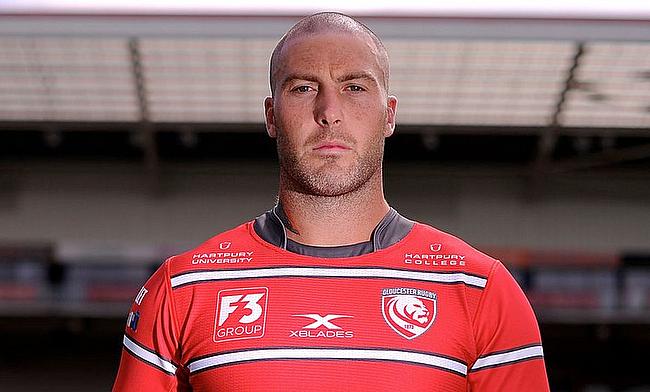 New Gloucester signing Matt Banahan admits he is looking forward to “rebooting” his career at Kingsholm.

The back, who complete his move from local rivals Bath earlier in the summer, is set to make his competitive debut for the Cherry and Whites this weekend when they host Northampton Saints.

Banahan was named in both of Gloucester’s squads for their pre-season fixtures and impressed in their 40-31 victory over Dragons last weekend, with the winger grabbing himself a try.

And Banahan, who looks to have immediately settled into his new surroundings, feels his decision to join Gloucester will help kickstart a new challenge for him.

“Sometimes you can be stuck in a place for a long time and you think change is a good thing,” said the 31-year-old.

Pre season now done ? onto a big week preparing for the start of another season ?? pic.twitter.com/3dUjDy6jp4

“The way I think about is it is another reboot and kickstart for me. I am not looking to extend my career by 10 years. I am looking to enjoy two or three years, but I still feel like I am playing good rugby.”

Banahan spent 12 years at the Rec and played over 250 times for Bath before making the switch to their West Country rivals.

And despite being a Bath stalwart, the winger told TRU: “I am just getting used to the drive at the moment, but once I am here, I am enjoying every minute!

“There was obviously a good squad vibe before I came here. You can only add to it and join in. You don’t want to go somewhere and withhold yourself. I thought I would jump in with both feet.

“That’s the main aim. If you don’t enjoy what you do, it makes it a lot harder to be here.”

Banahan said earlier this summer that the vision of Gloucester was one of the main reasons why he joined the club.

He saw Bath lift the European Challenge Cup in 2008 and reach the 2015 Premiership final, but now Banahan is keen to take the next step under the stewardship of Johan Ackermann and David Humphreys at Gloucester.

He said: “Every club wants to be successful. At the end of the day, I wanted to play somewhere where I enjoyed myself. The players they have got and the vision they have, I think this is the best place for myself.

The South African's vision for the Cherry and Whiteshttps://t.co/kN9vBEY2AN pic.twitter.com/r9lmnAuXr3

“You can’t control if you win competitions or lose competitions. You just want to enjoy where you go and from everything I heard from speaking to David and the boys who were already here, this was a place which could suit me at the time.”

Gloucester narrowly missed out on their first trophy for three years last term as they lost to Cardiff Blues in the European Challenge Cup final, but overall, it was a much-improved campaign for the Cherry and Whites.

After also mounting a strong push for a top four spot on the domestic from, Banahan is hoping he can help Gloucester continue moving in the right direction.

He added: “I said for me personally, I have to turn up and maintain my form from last year into this year.

“I am coming to a different club. There are people here who have played week in, week out for them so I have also got to try and get a place in the team and time on the pitch.

“I can’t worry about anything else a part from that or goals and visions at the moment. I have got to make sure my challenge is to prepare myself the best I can to help the team.”