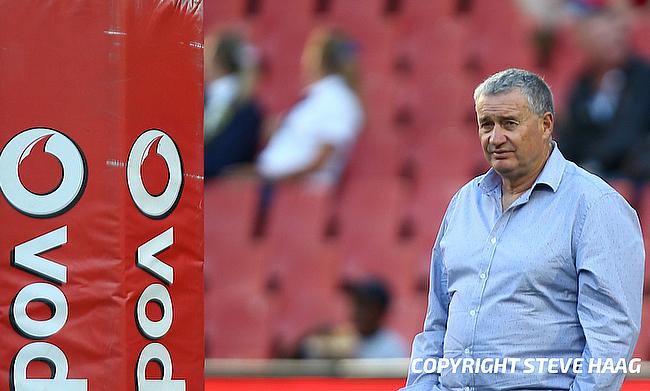 Northampton Saints have confirmed that flanker Jamie Gibson will be leaving the club at the end of June when his contract expires.

Gibson made his professional rugby debut with London Irish in 2009 and switched to Leicester Tigers in 2013. His association with the Saints started in 2015 and has made 125 appearances for them.

Overall he has played 178 Premiership for the three clubs combined between 2010 and 2019 and is now exploring new opportunities.

“I’ve enjoyed a fantastic few seasons at Franklin’s Gardens after a trip down the M1,” said Gibson. “I’m very proud to have represented Northampton on so many occasions, and to have won some silverware with the team last season.

“Prior to the pandemic the Club and I had spoken about the future, but circumstances have understandably led to certain opportunities no longer being available, which is sad.

"However I’m currently exploring a number of new opportunities, both inside and outside of rugby, and my family are very excited about what the future holds for us.

“If I do not get the chance to run out at Franklin’s Gardens again, then I’d like to thank my teammates, coaches and the supporters here at Saints for everything they have done for me the last few years.

"Playing at the Gardens was always a brilliant experience and I look forward to hopefully returning in the future.”

An injury to Wasps' Joe Launchbury saw Gibson called up to the England squad for the June series in 2012 but he could not make his debut at the Test level despite featuring for England Under 18, Under 20 and Saxons teams in the past.

“There is a possibility for Jamie to return should we suffer a spate of injuries, but, if he has played his last game then we wish him and his family every success and happiness for the future," said Northampton director of rugby Chris Boyd.

“Jamie has been a fantastic servant to Northampton Saints. He is a shining example of what it means to be a professional; Jamie gave his all every time he pulled on a Black, Green and Gold jersey, and the consistency of his performances over the last few years is evidence of that.”