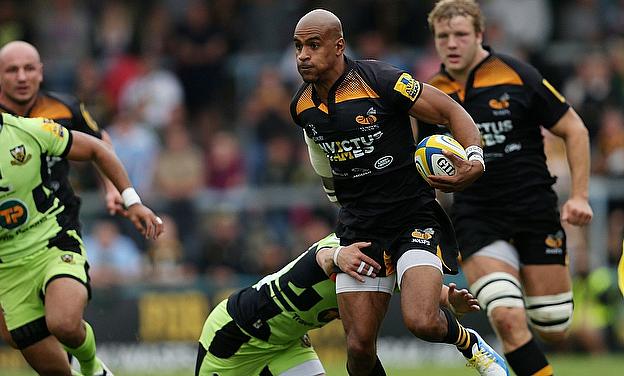 It was a round of rugby that delivered unexpected victories; stand out individual performances and a lot of drama. Once again over the course of 6 matches the Aviva Premiership showcased why it is considered to be one of the most competitive leagues out there.

The action started in empathic fashion at The Stoop as Saracens blew away Harlequins and nil’ed them at home. In a match that was expected to be a close fought battle it was tremendously one sided as Saracens were imperious. Harlequins failed to make any form of inroads into their visitors; they were squeezed at the set piece, they missed kicks and didn’t capitalise on their possession. The only silver lining for O’Shea was the performance of Mike Brown who saved two certain tries, however it was as darker as Harlequins have seen for a long time. On the other hand Saracens were cool, calm and collected. Charlie Hodgson’s contribution was impressive in the form of a try, a conversion and 5 penalties, Kieran Longbottom turned heads as he bullied Kyle Sinckler at scrum time and after all his injuries Man of the Match Will Fraser was superb in the loose and looked to be back at his very best form. Saracens were described by their Forwards Coach Alex Sanderson as being ‘in a groove’ and it is a groove that will worry the other eleven teams in the competition. Harlequins’ Director of Rugby Conor O’Shea looked as shell-shocked as his players however they must bounce back quickly as Wasps arrive at The Stoop on Saturday whilst Saracens will confidently head to London Irish. Final Score Harlequins 0 Saracens 39

The Rec enjoyed 11 tries and almost a point a minute as Bath Rugby welcomed London Welsh to town. The visitors delivered a much improved performance in terms of their attacking play, the feet of Stegmann and Jewell started to shine and Barkley’s boot was on song however defensively they still have a way to going. Bath handed a first Premiership start to young scrum half Chris Cook, who spent last season on loan at London Welsh, and he delivered an extremely composed and impressive performance sealing his debut with a try. Out wide and in the centres Anthony Watson, Kyle Eastmond, Semesa Rokoduguni and Jonanthan Joseph all looked hungry for points and caused Welsh issues all day long as did the mountainous Carl Fearns. London Welsh’s performance was spirited however leaking 14 tries in two fixtures is unlikely to secure their Premiership survival. Bath will take the bonus point victory and move on knowing that defensively they could have been much better and must improve against Leicester Tigers next Saturday afternoon. Final Score Bath Rugby 53 London Welsh 26

Kingsholm was an emotional place as a formal goodbye was said to James Simpson-Daniel and then witnessed a dramatic comeback to secure the Cherry & White’s first Aviva Premiership win of the year over the Sale Sharks. There were many sights that will have stirred Gloucester fans; coming back from an 11 point half time deficit, Jonny May's feet, Greig Laidlaw's boot and the sight of the pack winning a penalty try. Sale will certainly have felt that, just like last weekend, it was a match that got away and their two points will be little consolation. Danny Cipriani was instrumental in almost all of Sale’s points as he had another mesmeric day at the office setting up tries, scoring tries and navigating his side into all of the right positions. It showed a huge amount determination and character for Gloucester to bounce back from last weekend and from such a deficit in the match... they are not there yet but it is a step in the right direction. Final Score Gloucester Rugby 34 Sale Sharks 27

The Exeter Chiefs welcomed the Leicester Tigers to town to christen their new £1m hybrid pitch and came tantalising close to gaining their first win over Richard Cockerill’s side since February 2012. Exeter continued to play with great pace and tempo and physically matched the Tigers for 80 minutes. A spot of experience and composure saw Leicester edge the match however they were pushed all the way by the Chiefs. Exeter’s Henry Slade spent the day crashing through the gain line and showed why he is thought of as having an outside chance for a spot in the World Cup squad and once again Ewers enforced from the back row. Tigers’ new half back partnership of Burns and Youngs has the makings of something truly special after only two competitive league games they are developing that innate understanding that could be a huge asset for England as well as the Tigers. Exeter’s losing bonus point will be important, but around Sandy Park there will be lingering a sense of, what if? Final Score Exeter Chiefs 20 Leicester Tigers 24

In the North Newcastle Falcons came close to recording their first Aviva Premiership victory in 17 matches however once again it was not to be as London Irish did just enough to leave with 4 points. In close matches having a reliable kicker is essential and the fact that Newcastle’s Juan Pablo Socino managed one from seven cost his side dearly. On the new artificial surface both sides tried to play an open and expansive game however a plethora of errors meant that it wasn’t the most fluid of matches however it did have a dramatic ending. In the final moments of the game Socino hit the post with the kick that would have secured the draw. Brian Smith described his side as one that ‘has to grind out wins in these sort of games’ and overall will be relieved with the result. Dean Richards was quick to highlight the fact that results don’t hang on just one individual however you expect Socino to be spending a few hours on the park this week in the build up to taking on Northampton at home next weekend. Final Result Newcastle Falcons 18 London Irish 20

Adams Park witnessed a dramatic start to the season as Wasps hosted the current Champions the Northampton Saints. The visitor’s performance against Gloucester to open the Aviva Premiership was hugely impressive and as a result few outside the Wasps’ camp expected a home win. From the first breakdown Wasps proved that they weren’t going to be bullied by their visitors and after that it was an almighty tussle for supremacy. It really was one of the most enthralling 3-3 first halves this competition has seen. Individually Chris Bell was super human for the home side, as he put in hit after hit on Burrell and Lawes in particular keeping them quiet. Ashley Johnson’s intercepted try showed another of his tricks and James Haskell delivered a mighty Captain’s performance as he imposed himself everywhere. Northampton will be frustrated by overall didn’t play badly; Myler was his usual majestic self, Tom Wood worked himself into the ground and they almost nicked it when the clock had gone red after 80 minutes. Jim Mallinder’s assessment was matter of fact and to the point; ‘I don’t think we played badly today, but we weren’t quite accurate enough’. George North’s try, not try, could have swung the game and the off-side was so very close however Hartley and his side will take the loss on the chin, analyse, focus on the Newcastle Falcons. Wasps have shown us all what they can do now, they have raised their bar and they must replicate it for their Round 3 London Derby against Harlequins.  Final Score Wasps 20 Northampton Saints 16