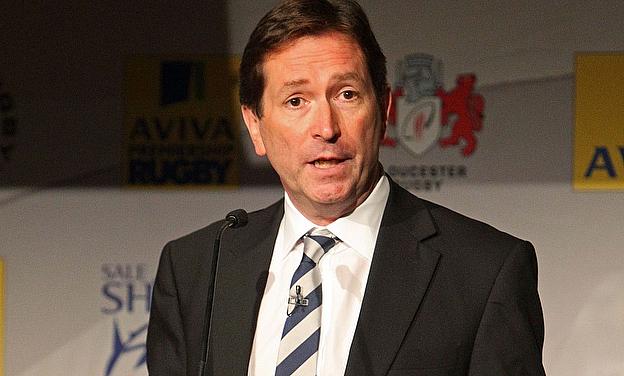 The Premiership clubs will vote in a £500,000 salary cap rise for next season in a board meeting on Wednesday.

The competition's board will also allow each squad to have a second marquee player for 2015/16 - to be recruited from overseas and not have played in the Premiership for at least 12 months.

Premiership clubs can already nominate one marquee player in their squad, whose wages are excluded from the salary cap constraints.

McCafferty is confident the moves will help keep England stars like Courtney Lawes and Joe Launchbury on home soil.

"The number of England qualified players in Aviva Premiership rugby is at record levels and we want to push those numbers even higher," said McCafferty.

"We currently have more than 70 per cent of match day squads qualified to play for England and we want to maintain this to ensure England is in great shape not only at the 2015 Rugby World Cup but also for 2019 and beyond.

"It is an essential part of our league and the strength of our system.

"The rise in the salary cap will help our clubs retain the best English players.

"We are also 100 per cent behind the RFU's policy of only selecting players from Aviva Premiership rugby and the development of the salary cap is also another big step towards helping the England team and head coach Stuart Lancaster."

This latest increase will come into effect next season, with the cap's base rate reaching £5.1million - but up to £400,000 will be available in extra credit.

The academy credit system currently provides a maximum £240,000 per season varying on the number of home-grown stars aged under 24 in each club's first team squad.

Premiership Rugby will remove the age restrictions on these payments as well as extending their limit.

Stuart Lancaster's policy of refusing to select overseas-based players for England has helped keep the majority of the country's talent in the Premiership.

The England head coach has only lost Steffon Armitage and Toby Flood to the riches on offer in France.

Flood left Leicester for Toulouse last summer well aware he was ending his England career in the process.

Armitage's situation is entirely apposite, especially given his decision to chase selection for France despite holding five England caps.

McCafferty and Premiership Rugby believe English clubs must retain the scope to offer competitive deals to the world's best talent.

"England and the clubs are getting stronger because of this commitment to the development of world class England players in Aviva Premiership Rugby; the most competitive league in the world," said McCafferty.

"From the work that is being done in the academies to develop young players to the strong bond between Stuart (Lancaster) and the 12 Aviva Premiership directors of rugby, both bodies are focused on giving England and their clubs the best chance of being successful."