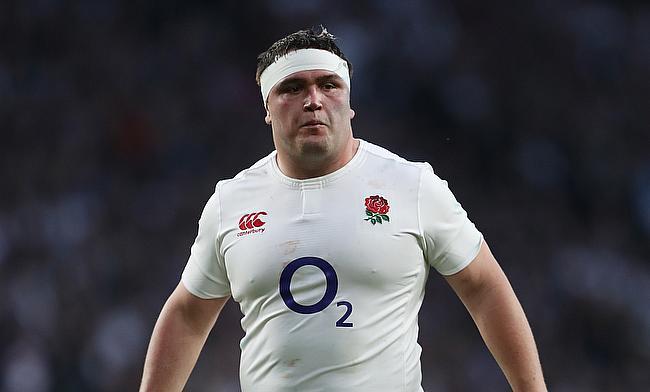 It was a run of the mill day out for Eddie Jones’ England side as they made their return to Twickenham after eight months away.

TRU’s Joe Harvey was present as England put six tries past Georgia in their opening game of the Autumn Nations Cup.

England raced into a 26-0 lead in the first half as their forwards overcame the challenge set to them by their visitors. After a period of being made uncomfortable by the Georgians, whose defence remained relatively resolute for the majority of the first half, England debutant Jack Willis scored the game’s opening try.

Hauled over the whitewash by his club captain, Joe Launchbury, Willis’ heart would have stopped briefly when Nigel Owens checked the grounding, but when it was cleared, Owen Farrell added the extra two points with no hesitation.

Two virtually identical Jamie George tries would follow, the Saracens man rumbling over at the back of England mauls. The only thing that would make the scores markedly different was that Farrell would convert one but not the other.

England would end the half on a dour after Jonathan Joseph suffered a lower leg injury on the process of sending Elliot Daly over for England’s fourth try of the half. Farrell would add the conversion as Joseph was aided off the pitch by two physios.

It would take the best part of 20 minutes for England to get back on the scoresheet. Again it was thanks to Jamie George, the hooker heaved over thanks to another driving maul, Farrell getting the conversion close to the right touchline.

Another 10 minutes would pass until another England score, this time substitute scrum-half Dan Robson with the try. Identifying that Georgia didn’t have a guard on one side of their ruck, the Wasps man dove over unopposed and being virtually under the sticks, Farrell added the extras no questions asked.

Georgia would have a resurgence in the final 15 minutes, but would be unable to collect any scores, the ball kicked dead by Dan Robson after Georgia’s fly-half, Tedo Abzhandadze.

A 40-0 score line at the end of an international game tells you pretty much everything that you need to know. England were naturally deserved victors of the tie, putting six tries on their opponents, it was a far cry from the Oxford experience last year.

In Oxford, England and Georgia came to blows as they practiced scrummaging, England put under immense pressure by the Tier 2 nation. Fast forward over a year, England dealt with the Georgians well, Ellis Genge and Will Stuart more than up to snuff with the challenges their opposite numbers, Milheil Nariashvili and Beka Gigashvili, posed.

Elsewhere, Jack Willis didn’t seemed to phased by the step-up to international rugby, getting a turnover and a try in the 46 minutes he had on the pitch. Ollie Lawrence too seemed comfortable, flying into the Georgia defenders, giving everything that he had to try and break the gain-line.

Georgia were stanch in defence for periods too, not allowing England much space to mount attacks from, with pretty much every mistake that they made coming back to haunt them in the form of an Englishman's try.

Their forwards were the standouts too, the likes of Giorgi Tkhilaishvili, Beka Gorgadze and Beka Saghinadzestepping up to consistently pose challenges to England when they had the ball in hand.

Perhaps the biggest disappointment for the Eastern Europeans was their lineout. It was a loose affair, often giving England back possession and most likely frustrating their forwards coach, Sebatian Bruno too.

You would argue that for at least 25 minutes, there was nothing between the two sides and offers an added sense of anticipation ahead of their game against Wayne Pivac’s down on their luck Wales team at the Parc y Scarlets.