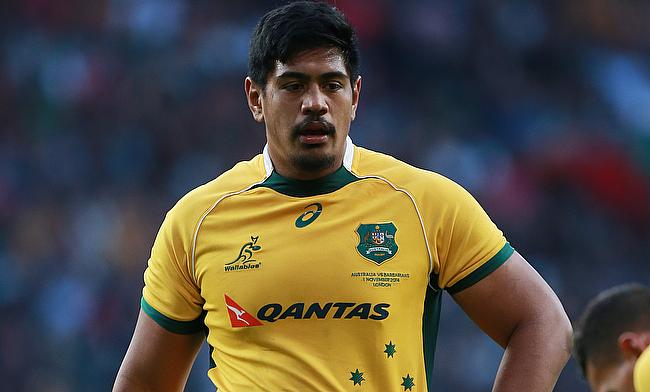 Will Skelton last played for Australia in 2016
©PA

The decision meant Rugby Australia have further relaxed the Giteau law as there are now six players plying trade overseas in the 37-man squad named by Rennie with Samu Kerevi and Sean McMahon also benefitting from the new selection policy that is currently under review.

The trio will however will not be part of the Wallabies' game against Japan to be played in Oita on 23rd October but will link up with the squad ahead of their tour of the UK where they lock horns against Scotland, England and Wales. Meanwhile, Tolu Latu also returns to the national fold for the first time since the World Cup in Japan.

Arnond was last past of Australia squad during the 2019 World Cup and has 26 caps to his name while Skelton, who has featured in 18 games for the Wallabies returns to the national side after five years.

"We've been speaking to a number of guys for a long time around potentially coming home and their desire to play for the Wallabies again," said Rennie.

"Obviously the situation with COVID, the desire to leave some guys at home to have a decent offseason and make shifts in their game, has created an opportunity to utilise some of those guys.

"And as you know, I was really disappointed Rory Arnold had committed to leave Australia post [2019] World Cup and obviously he's gained more experience over there [in France] but he still has a strong desire to play for the Wallabies. So I've been in constant contact with him, even while I was in Scotland.

"Will, I've spoken a lot to, I coached against him a fair bit when he was at Saracens and I was at Glasgow, and likewise since then he's headed off to La Rochelle. But [he's] also very keen to play for the Wallabies again.

"And likewise with Tolu, he's obviously been plying his trade in France.

"So all of these guys, they've had an understanding there could be an opportunity; so it's great for us, it's good experience, it's good for our young group and fantastic to have those guys back in the mix."