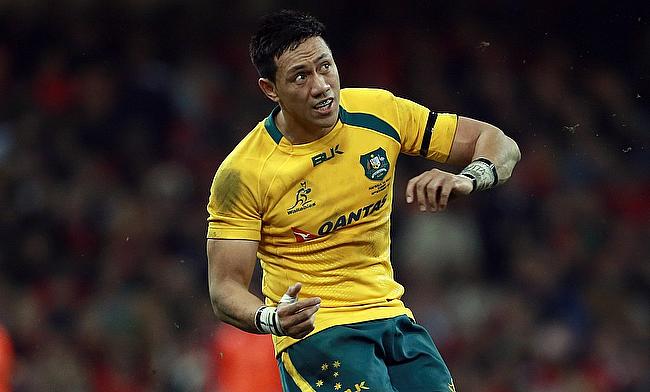 This will be the first time the 31-year-old has been included in the Wallabies setup since he last featured for them in 2016 and would be keen to add his 19 Test caps in which he scored 124 points.

The squad also contains three debutants including the likes of Isi Naisarani, Liam Wright and Rob Valetini. David Pocock, Adam Coleman, Jordan Petaia and Tatafu Polota-Nau are unavailable due to injuries while James O'Connor, who has been reported to have signed a deal with Reds will be hoping to get the attention of Cheika down the tournament.

Cheika said the form of the players in the Super Rugby season played a pivotal role in selection.

“We tried to look at Super Rugby form, what players can bring and what they’ve done before,” Cheika told Rugby Australia’s official website.

“It’s a bit of a mix and I suppose that comes in with the form of the Super Rugby teams this year and then what we’ve seen from the players that have been in camp this week as well.

“I’m not expecting anything right now, I’m thinking of next week and leading into South Africa.

“I know that’s a bit cliched but one thing I think is going to be big this year is building momentum.

“It’s no secret we’re coming from way back and to come from way back you’ve got to build momentum and belief in yourself on the way, it’s really important.

“(The final World Cup squad) will work itself out, they’ll pick themselves by the way they play and perform and their dynamic inside the team.

“We’ve just got to help them get the good performances under their belt.”