Argentina U20 reach semi-final with 26-47 win over France 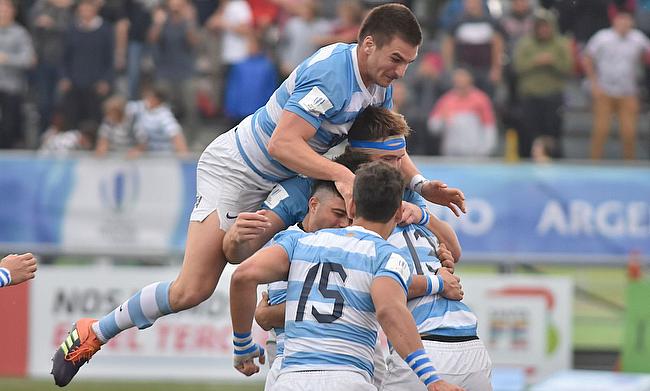 Argentina went on to book a place in the semi-final of the World Rugby U20 Championship after beating France 26-47 in their face-off at Racecourse Stadium on Wednesday.

The win meant Argentina finished at the top of Pool A and will face Australia in the semi-final with France also making it to the top four and lock horns with South Africa.

Joaquin De La Vega Mendia kick-started the proceedings for Argentina with a second minute penalty and by the 11th minute France were down to 14-men with Sacha Zegueur sent-off for a high tackle. Argentina also had their trouble with Rodrigo Isgro red-carded in the 19th minute but in between the two incidents they managed back to back tries from Thomas Gallo (11') and Gonzalo Garcia (13').

Both the teams were down to 14-men for the remainder of the three quarters but Argentina's 0-17 lead proved handy as they pressed the accelerator with Juan Martin Gonzalez touching down this time. De La Vega Mendia kicked a conversion and a penalty as Argentina stretched their lead to 27 points.

Argentina had another setback when Lucas Bur was sin-binned in the 27th minute and an immediate response came from France with a try from Quentin Delord making the scoreline 7-27 but the home side had the final say before the break with a touchdown from Pablo Dimcheff.

France had a better start to the second half with back to back tries from Jordan Joseph and Donovan Taofifenua but Argentina still were in control of the game with a 21-40 lead by the end of the 63rd minute and it became 21-47 by the start of the final 10 minutes with their fifth try coming from Juan Pablo Castro.

A final try from Matthis Lebel in the 76th minute proved decisive in France securing their semi-final berth with the bonus point.

Argentina captain Juan Pablo Castro: “It was a really good win; the crowd were amazing. Now we’re already thinking about the next game.”

France captain Arthur Vincent: “It was very hard for us. They played very good rugby and we’re very sad tonight.”