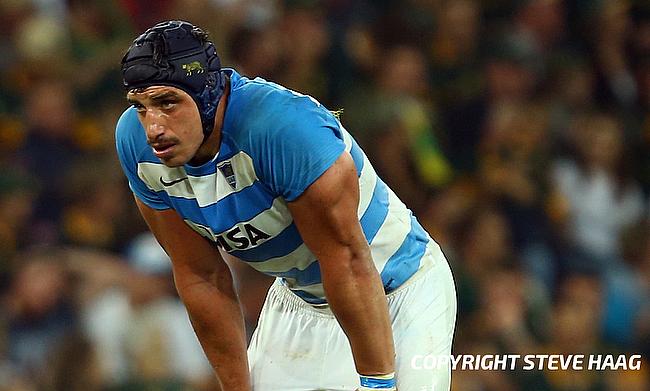 Argentina lock Tomas Lavanini has been suspended for five weeks following his red-card incident in the recently concluded game against Ireland at Aviva Stadium last month.

Lavanini was sent-off at the end of the third quarter leading with his shoulder into the neck of prop Cian Healy as the Pumas went on to suffer a 7-53 defeat.

This was also the third time Lavanini was red-carded during his international career and was also sin-binned seven times due to which he was given a mitigation of just one week from the initial sanction of six weeks suspension,

“The player accepted that he had committed an act of foul play, but not that it was worthy of a red card. Having reviewed all the evidence, the committee deemed that there has been contact with the head of an opposing player, in circumstances where the contact was direct and carried a high degree of danger," read the statement.

"On that basis, the committee upheld the red card, and applied World Rugby’s mandatory minimum mid-range entry point for foul play resulting in contact with the head. This resulted in a starting point of a six-week suspension.

“Having acknowledged mitigating factors including the player’s expression of remorse, his conduct at the hearing, and the fact that he has been taking active steps to ensure that his on field aggression was appropriately controlled, the committee reduced the sanction by two weeks.

"However, it thereafter required to consider the player’s previous dismissals, and in that regard the committee added one week. The net result of this is a sanction of five weeks.

“The player applied to take part in the Coaching Intervention Programme, and this was approved by the panel. This means that he may be able to substitute the final match of his sanction for a coaching intervention aimed at modifying specific techniques and technical issues that contributed to the foul play.”