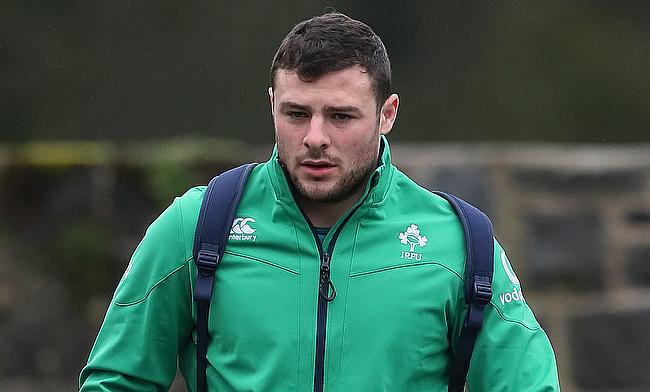 Robbie Henshaw will make his first appearance of the season
©PA

Ireland head coach Andy Farrell has made four changes to the starting line up for the upcoming clash against Argentina to be played at Aviva Stadium on Sunday.

Robert Baloucoune, whose only appearance for Ireland came in July against the USA makes a return at right wing with James Lowe at left. While Hugo Keenan continues to be positioned at fullback, Robbie Henshaw will make his first appearance of the season after named at inside centre with Bundee Aki ruled out due to a knee injury.

The absence of Johnny Sexton sees James Ryan captaining the side with Joey Carbery taking the kicking responsibility with Harry Byrne providing cover from the bench.

The final change sees Jamison Gibson-Park ruled out of the game due to a thigh injury with Conor Murray starting at scrum-half.

Dan Sheehan, who won his first cap against Japan earlier in the month is amongst the replacements along with Cian Healy, Tom O'Toole, Tadgh Beirne, Peter O'Mahony, Craig Casey, Byrne and Keith Earls.