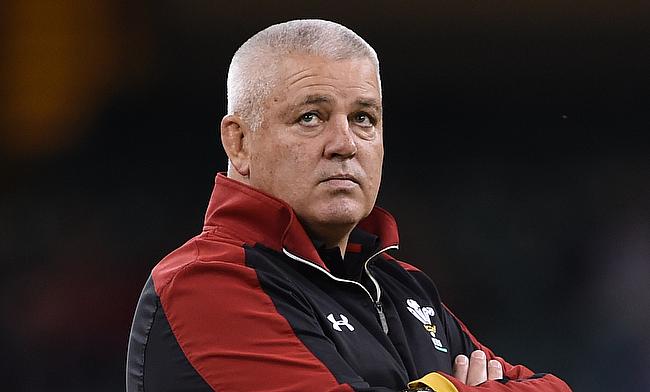 Playing career: Made almost 400 appearances for Bath and Saracens, captaining Bath to European Challenge Cup final success in 2008 and Saracens to Premiership title glory three years later. Won 57 England caps, making his Test debut against France during the 2001 Six Nations. Part of England's 2007 Word Cup squad, playing in three group games, and was appointed England skipper in 2008. Retired from playing in 2014, but missed out on a dream send-off after Saracens lost the Premiership final against Northampton at Twickenham after extra-time.

Coaching career: Borthwick began his coaching work while still a Saracens player. He became forwards coach with Japan, working alongside Eddie Jones and culminating in the Brave Blossoms' memorable 2015 World Cup campaign that was highlighted by them beating South Africa in Brighton. After Jones was appointed England head coach a year ago, he brought Borthwick on board as forwards specialist, since when England have won 13 successive Tests, including achieving a Six Nations Grand Slam and 3-0 Test series whitewash against Australia Down Under.

Playing career: Started playing rugby league at the age of 10 - then made his debut for Wigan just six years later. Farrell became a full league international, aged 18, and went on to win 34 Great Britain caps, make 11 England appearances and play 370 times for Wigan. He scored more than 3,000 points and was twice named rugby league's Man of Steel. He switched codes in 2005, joining Saracens. There was initial debate about whether he should be a forward or back, but he ended up with eight caps, mainly as an inside centre, and played in the 2007 World Cup. He retired two years later.

Coaching career: Farrell became Saracens first-team coach in 2010 after initially impressing as skills coach. A year later, the Rugby Football Union announced that Farrell would be joining the England set-up, led by Stuart Lancaster, and that role later became permanent when he was offered a long-term contract. Toured with the Lions to Australia in 2013 as defence coach, but his England tenure ended when new head coach Eddie Jones was appointed to replace Lancaster following a dismal 2015 World Cup. Farrell became Ireland defence coach earlier this year, and during 2016, he was involved in victories over New Zealand, Australia and South Africa.

Playing career: An outstanding scrum-half who possessed searing pace, Howley played for his home-town club Bridgend, Cardiff and latterly Wasps, where he was a key part of European Cup and Premiership title-winning teams under head coach Warren Gatland. Howley also played 59 times for Wales, captained his country and toured twice as a player with the Lions - in 1997 and 2001 - making two Test match appearances against Australia 15 years ago. A wrist injury prompted his playing retirement in 2004.

Coaching career: After hanging up his boots, Howley coached Cardiff RFC before being named Wales attack coach in 2008 following Gatland's appointment as Wales boss. Wales won the Six Nations title and Grand Slam in Gatland's first season, while Howley became interim head coach in 2012-13 when Gatland took charge of the Lions, and led Wales to another Six Nations crown. Howley was part of the coaching team at the 2011 and 2015 World Cups, when Wales were semi-finalists and quarter-finalists, respectively, and he is again in interim charge this season due to Gatland's Lions commitments.