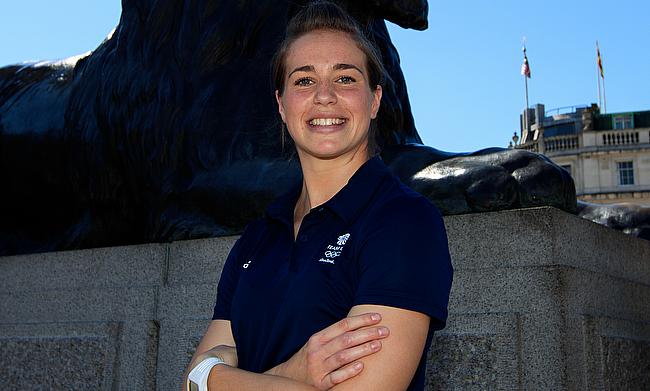 The Great Britain women's team will kick-start their tournament against Brazil on 6th August followed by games against Japan and Canada which will be played on 7th August.

Scarratt, who was part of the 2014 Women's World Cup winning England team highlighted the problems faced during the transition from 15-a-side to the sevens.

"We are here with ambitions," she told Press Association Sport.

"We know if we play the way that we can and are capable of, then we can really come away with something, but as ever, doing that is often far more difficult than saying it.

"The transition from 15s to sevens is tough in different ways. The fundamentals are still the same - pass, catch, tackle - but the physical side is tough. We just seem to run all day, every day!

"The position I play in, I am quite fortunate that I can slot into the forwards and the backs and do a bit of everything. It is such an exciting sport."

Scarratt will be leading an experienced squad which also includes her teammates from 2014 World Cup - Katy McLean, Danielle Waterman and Natasha Hunt.

The 26-year-old is confident of the squad delivering in high pressure situations and wants to draw inspiration from the qualifying round which was played last year. The 5 ft 11 in centre is also wary of the challenge ahead and believes a good show at an event like the Olympics will benefit women's rugby.

"I have no doubt there will be some upsets," she said.

"The nature of sevens all season has suggested an exciting game over a short period, and upsets can easily happen. One missed tackle can make all the difference.

"Putting rugby on this kind of stage, you want it to be competitive and a real showcase for the world to see.

"It is a huge opportunity for women's rugby on the world's biggest sporting stage, and to have an opportunity to represent your country here is really exciting.

"The nations that perhaps didn't feature as much four or five years ago are now really striving for the top.

"In the World Series this year, we've seen the top five teams beating each other at some point throughout the season, which means you have got to be right on your game in every match."