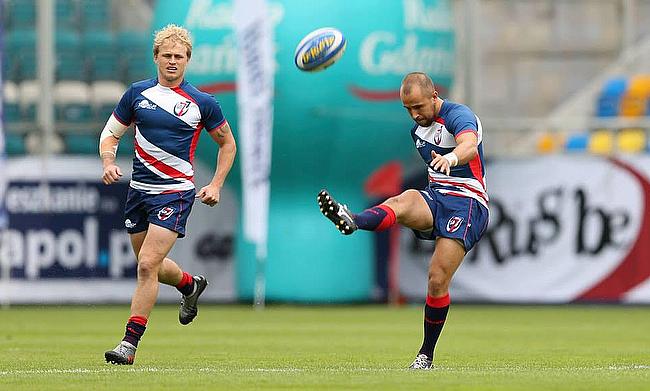 Great Britain Royals captain Luke Treharne inspired his side to victory over friendly rivals Great Britain Lions in the Polish seaport. Treharne, so instrumental for the Royals on home soil in Exeter last weekend, played a crucial role in securing the 26-14 win, scoring three conversions and a try.

The Royals were in dominant mood during the pool stage on Saturday. They scored 42 without reply against a Lithuania team now relegated to the Rugby Europe Sevens Trophy. The Royals continued to score for fun with a 36-7 victory against Italy, and a 33-7 defeat of Georgia.

On Sunday, the Royals put Italy to the sword early, beating them 26-0, before going on to defeat Spain 22-10 to set up an all British final.

Series champions Russia could only muster a third place finish in Poland’s National Rugby Stadium. Winners of the Moscow Sevens in June, the Bears 31-7 defeat of Spain earned them enough points to land the trophy. Vladislav Sozonov made the difference for Russia in Poland, scoring 35 points including 7 tries over the two day competition.

France, so impressive in Moscow and Exeter, fell short of their usual high standards this time round. Defeats to Italy and Spain saw them finish in seventh place in Gdynia, but that was enough to claim the points required to be crowned runners up of the overall Series.

Having come fourth in Gdynia, Spain finish the Series in third place overall. Jordi Jorba and co. have really progressed over the three legs of the Series and will head to Rio for the Olympics Sevens Tournament in confident mood.

Elsewhere in the tournament, Italy defeated Georgia 14-12 to win the plate. Italy captain Matteo Falsaperla among the try scorers. The bowl trophy was won by Belgium, who claimed a 12-0 triumph over Portugal.

At the other end of the rankings, Poland did just enough to avoid being relegated, with Lithuania the team now destined to play in the Rugby Europe Sevens Trophy competition next year.