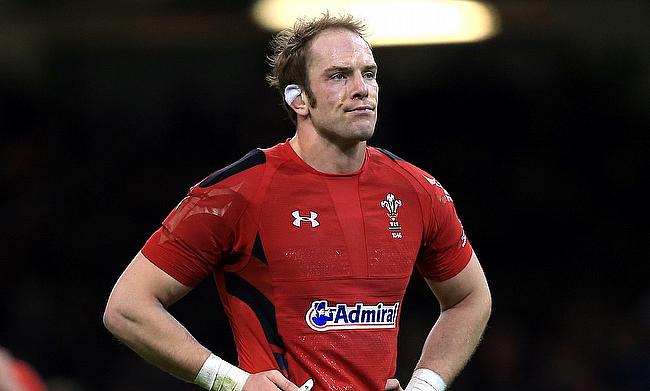 Wales skipper Alun Wyn Jones, Gareth Thomas and former coach Warren Gatland have all been recognised in the Queen's Birthday Honours. for their contribution to the game.

Jones has played 138 Tests for Wales and another nine for the British and Irish Lions enjoyed three Grand Slam victories in the Six Nations in 2008, 2012 and 2019 and was named the player of the tournament last year. He becomes an OBE for his contribution to the game.

"It is a huge honour to receive such an accolade," said Jones.

"I was initially reluctant to receive such an award in these trying times when there are so many people doing so much good for the community and are more worthy, but I see this as an acknowledgement to all the people who have helped me throughout my career.

"It is recognition for everyone that has supported me from grassroots and intermediate, to professional and international rugby.

"It is for my family, those who aren't here anymore and those who are still here and fully behind me and for all their support in what I have done and what I want to continue to do."

Thomas has played 100 Tests for Wales between 1995 and 2007 and captained the Lions on their 2005 tour of New Zealand. He continues to raise awareness of the issue and during the summer of 2020 he launched the Tackle HIV campaign to improve public understanding of HIV and break the stigma around it.

He receives CBE award for the services to sport and health.

Meanwhile Gatland has coach Wales between 2007 and 2019 during which the side went on to win three Grand Slams. He also was an assistant coach in the 2009 British and Irish Lions tour of South Africa before taking in charge of the side in the 2013 and 2017 tours along with the upcoming 2021 series against South Africa.

"I am incredibly honoured," said Gatland.

"This award is recognition of everyone involved in Welsh rugby and all that we achieved together during my time as head coach.

"Rugby is a huge part of my life and has given me so much joy as a player, a father to a rugby-playing son and also as a coach.

"It has also given me so many incredible friendships and experiences too. I feel very fortunate to be able to do something I love every day, and I would like to thank everyone who has supported me during my career."