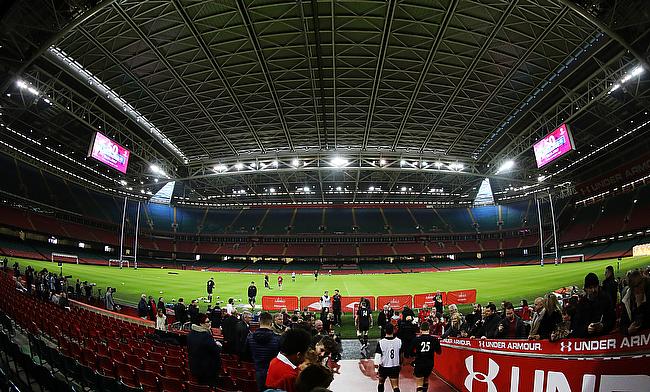 The Principality Stadium has been converted into a temporary hospital
©PA

The Welsh Rugby Union has confirmed that Wales' fixtures this year will not feature in the Principality Stadium after the ground was converted into a temporary Dragon's Heart Hospital following the pandemic coronavirus.

The stadium will continue to be a temporary hospital and would provide support if there is a surge in the positive cases for Covid-19.

WRU chief executive Martyn Phillips said Wales will not be playing any home fixture in the iconic stadium this year but is in constant touch with the Welsh government with a hope of hosting games from the 2021 Six Nations.

"Whilst we expect to replay our postponed Guinness Six Nations 2020 fixture with Scotland, the competition format and opposition for additional autumn games are yet to be agreed," he said.

"What is certain is that we will not be playing any home games at Principality Stadium.

"Our decision to step in to provide a location for a surge hospital at the height of the pandemic, along with the scale of the investment to construct the Dragon's Heart Hospital in the Stadium, has meant that we have agreed in principle to extend the hospital until the autumn.

"We have yet to finalise a contract on the extension, as, this time, it is a little more complex and there are a number of circumstances that need to be covered. We hope to sign the contract shortly.

"On a more optimistic footing, we plan to be back playing at the Principality Stadium - hopefully in front of full crowds - against England and Ireland in the Six Nations in February 2021."

Earlier, World Rugby had recommended end of October for the completion of the postponed Six Nations tournament games following which they can compete with the other Northern Hemisphere teams along with Europe invited teams for the end of the year internationals between 14th November and 5th December.