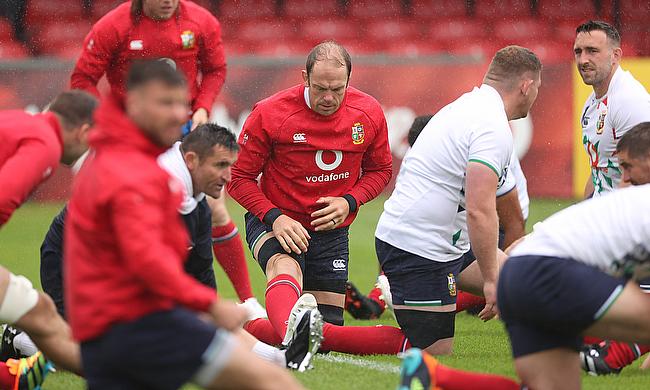 British and Irish Lions skipper Alun Wyn Jones has urged his side to focus on the final two Tests against the Springboks following the victory in the opening Test at Cape Town Stadium on Saturday.

Warren Gatland's men came from being 3-12 down to a terrific second half fightback that saw them scoring 19 points riding on a try from Luke Cowan-Dickie followed by a 11-point contribution from Dan Biggar.

The win has given the Lions a 1-0 lead in the three-game series but Jones is expecting a fierce backlash from the World Champions when the two teams meet each other in Cape Town next weekend.

“We know what we’ve achieved but we also know what we haven’t achieved. There is still plenty to do and this is a three-Test series,” said Jones.

“Knowing the calibre of the player and the attitude our opposition have, we have to be better again – first and foremost within ourselves. But we also have to deal with what we know is going to come next weekend.

“There were smiles after the game. In any sport, you have to enjoy moments like this as they don’t come round very often.

“But the caveat to that is we are only a third done and that message has already been planted. It’s a time for everyone to take stock of where we are and be ready to move on to next weekend.

“Everybody has been part of this from the start of the Tour and they still are. A squad wins a series and that has in no way, shape or form diluted how we will enjoy this win.

“But the focus will come pretty quickly on Sunday and Monday when we’re straight back into it.”