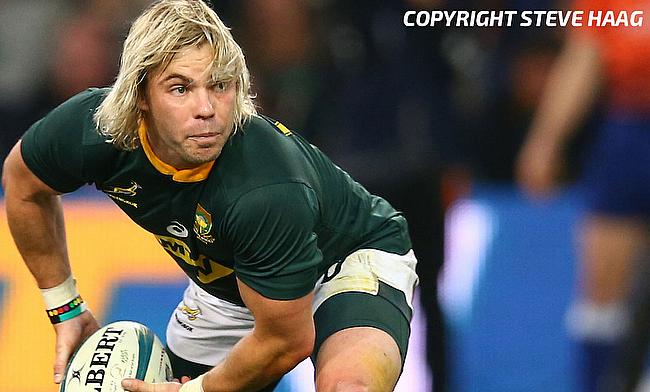 South Africa international Faf de Klerk vowed that the Springboks will make a strong comeback in the ongoing Test series against the British and Irish Lions following their 17-22 defeat in the opening game in Cape Town last weekend.

De Klerk was the solitary try-scorer for the World Champions in the last weekend's encounter as they maintained a 17-10 lead in the opening 50 minutes but Jacques Nienaber's men let things slipped away in the final half-hour as Dan Biggar kicked three penalties while Owen Farrell also kicked a three-pointer to seal a 1-0 lead for the Lions in the three-game series.

“We are a proud team and nation, and we’ll definitely make sure we rectify the errors that we made,” he said.

“We’ll come back with a bit more fire in our belly and a bit more anger, although we need to control that to make sure our discipline is in check.

“I think if our discipline is good and we can sort out our aerial battle, we should be good going forward. That said, it’s going to be another massive challenge next week and we are looking forward to it.

“We are wounded Springboks, and we have our backs against the wall, so we can fight our way out of that.”

The 29-year-old reckons the Springboks have the firepower to beat the Lions in the last two games and claim the series.

“The British & Irish Lions were certainly not better than I thought,” said De Klerk.

“They are a quality side, and in their case the guy coming off the bench is probably as good, if not better, than the guy starting so that’s a challenge we have to face.

“The guys are very disappointed and gutted. We really wanted to win the first one, but it is a three-Test series, and we have to hold our heads up high.

“There were a lot of learnings from this game, but we need to take this on the chin and move forward.”

The second Test will be played at Cape Town Stadium on 31st July.