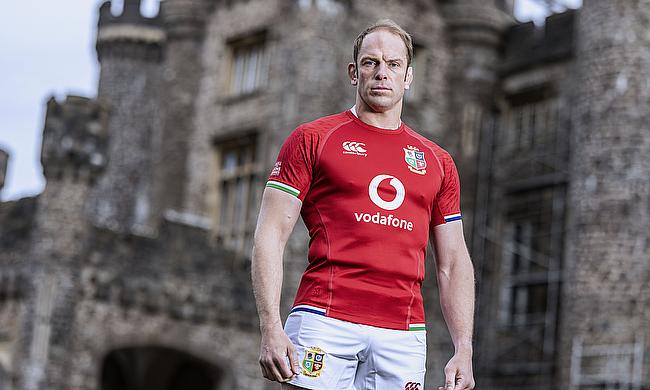 Warren Gatland’s British and Irish Lions have the advantage in the Test Series after overcoming South Africa 17-22 in Cape Town.

Having trailed 12-3 at the break, it took a second half resurgence for the Lions to take the victory and Joe Harvey was watching on for TRU…

Warren Gatland’s British and Irish Lions set out their stall early on, a kick from Dan Biggar lifted into the Cape Town sky, only for the whistle of Nic Berry to call the men chasing in red back for being offside.

On the day he announced his squad, Gatland felt as though the game would be won and lost in the air, the opening exchanges of kick-tennis proving the New Zealander correct.

Elliot Daly was given an unwelcome return to the midfield early on with a crunching Lukhanyo Am tackle, whilst Faf de Klerk knew he’d have less time than usual, the hulking Maro Itoje consistently on his heels.

A breathless opening spell soon calmed, and the aspects of the game would be won and lost were soon seen, the Springboks winning the referees affections early on with the picture they were painting.

Penalties eventually mounted and Tom Curry gave away a penalty at the ruck, Handre Pollard knocking the ball through the posts to open the scoring. Curry’s presence allowed for the Boks to extend their lead again, the flanker’s late challenge on club teammate De Klerk allowing Pollard to nudge the ball over again.

Full in the knowledge they needed to get on the board, the Lions took the first points offered to them, Dan Biggar slotting a penalty after the Boks had strayed offside. Brightening up for a period, the Lions made an error at the breakdown again to give Pollard another three points from the tee, the hosts’ original advantage restored.

Pollard built on that advantage yet again, the Boks competing well at the breakdown to win a penalty, Montpellier’s fly-half converting the kick with ease. With just over five minutes until the break, Gatland’s side finally caught a break with a scrum penalty, but the efforts of the men up front were not taken advantage of, Biggar unable to kick the points on offer.

Having spent hardly any time in the Springboks’ 22m, the Lions again tried to kick for the sticks, Bongi Mbonambi putting in a high shot on Alun Wyn Jones, Elliot Daly’s kick in fact staying in play.

Undeterred, Robbie Henshaw made a break, but was felled by a brilliant Willie le Roux that saw the ball go loose as the klaxon rang out for half-time, around the empty Cape Town Stadium.

One collapsed scrum later, the Boks kept playing with the clock in the red, but having failed to use their lineout effectively, De Klerk put a stop to proceedings.

Coming out of the tunnel, it was clear that Rassie Erasmus wanted even more power from his front-row, each of Steven Kitshoff, Malcolm Marx and Frans Malherbe introduced to the fray.

Immediately from the restart, the Lions won a penalty and were able to camp themselves in Bok territory, eventually getting a penalty from a high tackle. Kicking to the corner, the subsequent lineout resulted in the game’s first try, the maul carrying Luke Cowan-Dickie to the whitewash, Biggar converting with ease.

That elation of scoring was quickly put on hold, Le Roux dotting down after chasing the ball into the in-goal area, the former Wasps man having his effort chalked off for being offside. What could not be ignored is that the home side were in the game, even if their lead had been reduced to just two.

Pieter-Steph du Toit was then the architect of the Boks first try. Showing a clean set of heels, the back-row charged down the field, passing to Makazole Mapimpi the wing chipping forward, the ball evading Du Toit and landing back in the wing’s hands. Challenged by Hogg, the 30-year-old offloaded to De Klerk who crashed over, the conversion missed.

The British & Irish Lions take the lead for the first time as we move into the final quarter of the game!

Dan Biggar makes the most of his opportunity and puts the Lions ahead ??

Two more penalties kicked by Biggar meant that the gap was just one, with Mako Vunipola then introduced to help at the scrum, Ken Owens at the lineout and Hamish Watson to win the war on the ground, there clearly being a sense amongst the Lions camp that the game was there to be won.

Gatland’s momentum eventually led to a lead, Franco Mostert collapsing the Lions maul, Dan Biggar giving his team the lead for the first time in the game. Hamish Watson’s introduction was very nearly short-lived, the Scot lucky to escape punishment for a challenge on Le Roux, a missed penalty from Pollard the only thing to speak of.

South Africa’s full-back was forced to leave the field not long after, the Lions introducing both of Owen Farrell and Conor Murray to proceedings. Another try for the hosts was not allowed for a knock-on by Cheslin Kolbe, Siya Kolisi’s team becoming more desperate as time ticked away.

Farrell’s penalty was the final blow to South African hopes and gives the Lions the advantage heading into next week.