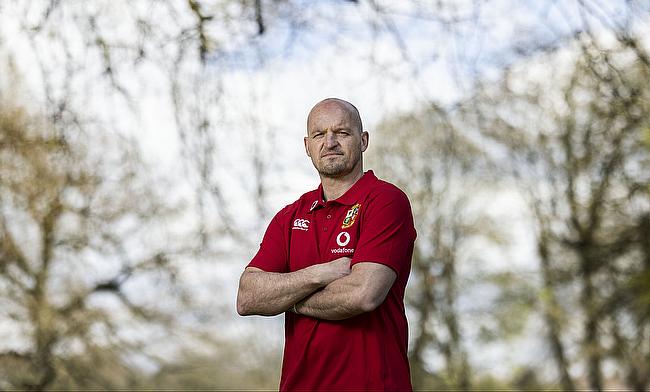 British and Irish Lions attack coach Gregor Townsend admitted nothing has been decided in terms of selection ahead of the upcoming Test series against South Africa.

The Lions had their first serious hit out on Wednesday night against an international-strength South Africa ‘A’ side and despite the valuable learnings which Warren Gatland’s men would have taken from that clash, Townsend feels Saturday’s meeting with the Stormers provides another opportunity for players to put their hands up with the first Test now on the horizon.

Gatland has made wholesale changes for Saturday’s final warm-up game in Cape Town and whilst scrum-half Ali Price said the “door is not closed on anyone” when it came to selection, his sentiments were echoed by his international head coach.

“It is really important and it is our last game before the Tests,” Townsend said. “We know the Test series will be a different focus and a different level of intensity. It is an opportunity for players to play again - some that didn’t play last week and some who haven’t played yet on tour.

"It is a massive game for everyone involved. It is a big game for our learnings too and what we have learnt from our last two games, in particular the one on Wednesday, and it is obviously a huge game for selection.

“We haven’t discussed Test selection at all and we know that is going to occupy our minds on Sunday and it is the last chance for players to put their hands up.

“I don’t think we have to remind them [the players]. They know this is a big opportunity. The players who played on Wednesday, I can imagine they knew it was an even bigger opportunity for them because we played against a shadow Springbok team but what is freshest in a coaches mind obviously has an influence so how well the players perform tomorrow will add to what they have already done on tour."

Townsend - who was back with the squad on Wednesday after his self-isolation period following a positive Covid-19 test in the camp - will have a keen eye on the fly-half position this weekend.

Gatland has handed a debut to Marcus Smith following a sensational few weeks for the 22-year-old for both club and country.

If the Harlequins star carries his stunning form into this game against the Stormers, Smith could even be in contention for a spot in the 23-man squad to take on the world champions in the first Test.

But Townsend was keen to play down some of the excitement around the stand-off: “I am excited, but I am also managing my expectations and I am sure we all are,” Townsend added. "This is a tough game not just for him, but for the whole squad.

“We have only had one training session going into this game. For someone like Marcus, it is his first game. He has not had the three or four weeks we have had in South Africa so we have got to enable him and allow him to play what he sees. Already, he is leading like our 10s should lead by saying 'this is the play we are doing,' but also giving feedback where our forwards should be, what we should be doing at certain times so that is great.

“He has got to feel things naturally and if he plays as well as he has been for his club and his country the last few weeks, then he will go well.”

Smith is the only recognised fly-half in the squad this weekend with Finn Russell recovering from an Achilles injury whilst Dan Biggar, who missed Wednesday’s game with an ankle strain, and Owen Farrell have been allowed to recharge their batteries.

Townsend confirmed Russell is unlikely to be involved in the first Test as the Scotland star begins his rehab process this week and with the No.10 jersey not nailed down by Biggar, Farrell or indeed Russell, is that a cause of concern for the Lions?

“These are guys who are experienced players, they are all between 28 and 30 years old, they know their way around a Test match and they have trained pretty much full apart from Finn in the last few days so they will be fine,” added Townsend.

“Whoever is selected at 10, we hope they are fully fit and that is one reason why Dan and Owen are not involved tomorrow [Saturday], just to make sure we have got a full week of training next week with those guys available."

As for the Springboks, their 'A' side have made 12 changes from the team that beat the Lions 17-13 for their own fixture against the Bulls on Saturday.

While you at it please get clarity on this also !! ???? penalty or play on ? We have to 100% sure and aligned ! Cant agree more pic.twitter.com/OxBReYlMXq

And with just over a week to go until the first Test, South Africa director of rugby Rassie Erasmus has once again stoked the fire between the world champions and the Lions but this time via Twitter.

Erasmus posted two video clips of Owen Farrell's tackle technique from the Lions' defeat to South Africa ‘A’ after Gatland had questioned why Boks scrum-half Faf de Klerk was only shown a yellow card after appearing to make contact with the head of Josh Navidi.

The Irish Examiner posted an article with the headline: ‘What we want is clarity so we get complete consistency’: Warren Gatland to meet with refs ahead of first Test' and it sparked a reaction from Erasmus.

He took to social media to highlight a clip of Farrell leading with his shoulder in a tackle on Jasper Wiese and posted: “While you at it please get clarity on this also !! [red card], [yellow card], penalty or play on? We have to 100% sure and aligned. Cant agree more."

The Springboks director of rugby wasn't finished there. His second clip was of Farrell hauling De Klerk to the ground after play had been stopped: “If there is time maybe also get absolute clarity and alignment on this one please, I know its way after the whistle, but lets just align and get clarity to be sure.”

The war of words and added spice between the Lions and the Springboks is continuing to gather pace. The fuse has well and truly been lit on this series with Test week just around the corner.