All eyes on the Home Nations for English Universities Sport 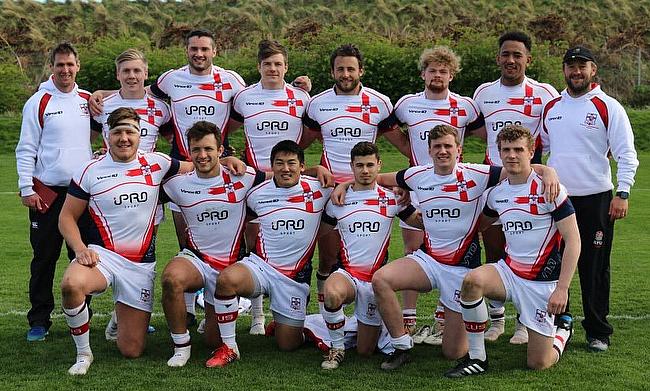 English University Sevens have their sights on the Home Nations
©England

After a dormant period during the last decade, English Universities Sport (EUS) returned with a bang in 2017.

Around seven years ago, EUS dropped out of the bi-annual Home Nations competition whereas Scotland, Wales and Northern Ireland all continued.

However last year, EUS returned in Edinburgh and produced a successful performance across all of the sports which included netball, hockey, football and rugby.

Newly appointed Cambridge head coach Richie Williams oversaw the beginning of a new era for English Universities Rugby Sevens side, but now, Manchester Met’s Rob Jones has taken over the reigns as English Universities Sevens set their sights on the 2019 Home Nations competition.

“The outgoing head coach had other commitments so I was nominated for the job and got the role and I am humble and honoured to be coaching an English Universities side,” Jones told TRU.

“It is basically a new programme. English Universities Sport was huge during my university days and Alan Hubbleday, who is my assistant and pathway coach at the RFU, played for EUS when he was at Loughborough.

“EUS is all geared towards the Home Nations next year and rugby is very much a part of that.”

Last season, Jones guided MMU to a league and cup double on the XV a-side stage and now he is aiming to help English Universities Sevens write a new chapter in their history.

Both the Men’s and Women’s Sevens sides will be competing at the Home Nations next year and whilst the Women’s team is made up of some of the stars from the leading clubs in the country, Jones has taken a much different approach for the Men’s squad.

With BUCS Super Rugby now arguably the pinnacle of university sport, it would be easy to select some of the top players who have also represented England Students, but Jones admits that simply isn’t the case.

He added: “In terms of squad selection, we went to the recent BUCS 7s tournaments in Leeds to have a look at a few players, but basically, each university can nominate five players from their own team to have the chance to play for England.

“The thing with the University Sevens is that it gives everyone a chance.

“You of course see with England Students for example, that the top players from BUCS Super Rugby teams all get selected and noticed but in terms of Sevens, you don’t have to be a good XVs player to play Sevens so it is all about identifying that talent across every university to find those specialist players because they could get missed.”

Exciting bunch of emerging talent this group, looking forward to working with @AlanHubbleday in asssiting their growth through @EngUniSport https://t.co/OfhItcOn4C

English University Sevens received over 100 nominations from a whole host of different universities, which after a trial day at Warwick University, was whittled down to 12 players with two on standby.

Amongst the squad which Jones has assembled, there are no BUCS Super Rugby players with the likes of UCL, Gloucestershire, Essex, Coventry, Southampton, Brighton, Oxford Brookes and Bournemouth all represented.

Ollie Glasse, who is a former BUCS Super Rugby player with Cardiff Met, will be captaining the side after joining MMU which presented him with the opportunity to be a part of English Universities Sport.

With no major tournaments scheduled until the Home Nations, English Universities Sevens are taking part in competitions on the England 24Sevens circuit and the squad are heading to Olney Sevens in Buckinghamshire this weekend before a potential visit to Leeds before the end of the month.

But with the new direction English University Sevens are heading in, Jones alongside Hubbleday, are keen for the programme to help some of the brightest young players develop and grow into the game and the reintroduction into the Home Nations can only benefit their progression.

“For us, it is all about developing players and finding that emerging talent,” Jones said. “The English University Sevens gives players the chance to showcase their talent.

“We want to guide the programme in the right direction. It is a look to the future. The programme will grow and just based on this squad, we have over nine different universities represented.

“It is another pathway for players to go into senior and professional rugby and myself and Alan are aware of that and we want to assist their growth through the route of English Universities Sport.”